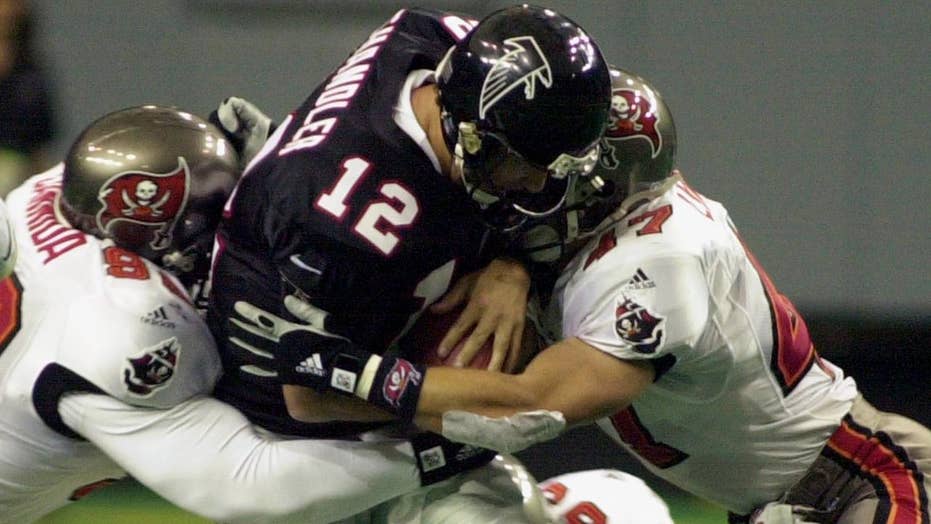 NFL’s crisis: What is CTE?

A big problem for the NFL is CTE, Chronic Traumatic Encephalopathy. Research continues to shed light on the link between exposure to football and the risk of developing the brain disease, but what exactly is CTE?

Researchers at Boston University School of Medicine said they’ve identified a key biomarker that may make it possible to diagnose chronic traumatic encephalopathy (CTE) in living patients. Previously, researchers have only been able to confirm a CTE diagnosis by studying the brains of deceased patients.

“The findings in this study are the early steps toward identifying CTE during life,” Dr. Ann McKee, director of the CTE Center at Boston University, said in a statement. “Once we can successfully diagnose CTE in living individuals, we will be much closer to discovering treatments for those who suffer from it.”

In the study, published Tuesday in the journal PLOS One, researchers from BU teamed up with the VA Boston Healthcare System to examine the brains of 23 former football players diagnosed with CTE, 50 non-athletes diagnosed with Alzheimer’s disease, and 18 non-athlete controls. They discovered elevated levels of CCL11 protein in the group of ex-players, with those who played the longest containing the highest amounts.

The researchers also noted that recent studies have shown CCL11 and related molecules play a role in neuroinflammation, as well as neurodegeneration. They were then able to differentiate between patients diagnosed with Alzheimer’s, CTE and ALS based on the levels of CCL11.

“Knowing that someone has this disease opposed to other diseases allows us to treat them more effectively,” Dr. Jonathan Cherry said, according to Boston 25 News.

Researchers acknowledged that more studies on CCL11 and CTE must be conducted on a larger scale, partly to determine whether higher levels indicate advancement of the disease and if it correlates to symptom severity.

The development comes months after McKee’s team discovered traces of CTE in 110 out of 111 brains of deceased former NFL players. CTE has been linked with repeated head trauma and is a concern among many for professional athletes as well as combat veterans. More than 30 former NFL players have pledged to donate their brain to science after death, including Hall of Fame defensive tackle Warren Sapp, Pro Bowl performers Randy Cross, Keith Sims and Shawn Springs. Almost 1,500 former athletes and military veterans have pledged to do so since 2008.