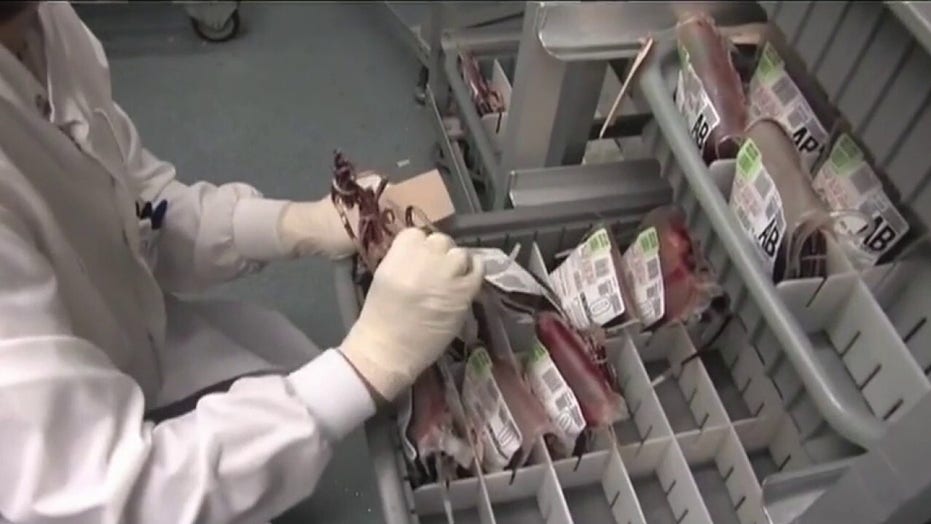 BOSTON (AP) — Before her double-lung transplant, Joanne Mellady could barely put on a shirt without losing her breath. Afterward, she barely stopped moving.

Mellady, who died of the coronavirus in March, had a bucket list that made her family blush.

Since getting her transplant in 2007, the widow and former technology consultant from the town of Washington, N.H., traveled in her RV up and down the East Coast and made trips to Alaska and the Grand Canyon.

Mellady, 67, transformed herself from a shy person dependent on oxygen around the clock to a vivacious risk taker willing to try almost anything. Hang gliding, skiing, skateboarding and kayaking were among the thrills she took on.

Before her death, Mellady was talking of a return visit to Alaska this summer and of participating again in the Transplant Games (now postponed). She won medals in bocce, bowling and swimming in past competitions and was hoping to compete in the golf event.

In this Sept. 2018 photo, Joanne Mellady, right, poses with her sisters Jean Sinofsky, left, and Joyce Smith, center, at a Massachusetts beach on Cape Cod during a bike trek fundraiser for Alpha 1.org. Mellady, who received a double lung transplant in 2007, died of the coronavirus in March 2020. (Ed Sinofsky via AP)

“She had this bucket list she made and went after it with a vengeance,” said Mellady's sister, Jean Sinofsky. “She appreciated every day. She lived her life like everybody should.”

Sinofsky and another sister, Joyce Smith, remembered how Mellady's sense of wonder left a distinct mark on their children, who called her “Auntie Jo” and always treated her like another teenager.

They recalled when one of Smith's sons won a trampoline in a raffle, Mellady was the one of the first to try it out — and did flips. And how she sledded down her snowy driveway to pick up the mail with her 12-year-old dachshund, Oscar, along for the ride.

“Anything new thing that came out, she wanted to do it," Smith said. “She had a second chance at life. She knew she had the second chance and she was lucky to have that.”

For much of her earlier life in Massachusetts, Mellady was hobbled by a mysterious lung condition. Then, in her late 30s, she tested positive for alpha-1 antitrypsin deficiency, a genetic disorder.

The inherited condition predisposes people to lung conditions like chronic obstructive pulmonary disease and the emphysema Mellady developed before her transplant. The condition is caused by a lack of a protein in the blood called alpha-1 antitrypsin, which protects the lungs from inflammation.

When Mellady's lungs were replaced in 2007, doctors at the Cleveland Clinic said they were among the worst they had ever seen, functioning at 15 percent of capacity.

Over the next 13 years, Mellady served as an inspiration for other patients about to undergo similar transplants, a source of support for their relatives and a wealth of information for doctors studying her condition.

She ended up living more than twice as long on her new lungs as the average 6.3 years for lung transplant patients.

Dr. Marie Budev, the medical director of Cleveland Clinic's lung and heart-lung transplant program, oversaw Mellady's care and said she was the first person from the program who died of COVID-19 and second to test positive.

In this December 2016 photo provided by Joyce Smith, Joanne Mellady and her dog Oscar sled down the driveway of her home in Washington, N.H. Mellady, who received a double lung transplant in 2007, died of the coronavirus on March 30, 2020. She was 67.

That scared Budev because transplant recipients are seen as particularly vulnerable to the virus because of the drugs they take that suppress their immune systems, making them more susceptible to infections.

Five other people who have had lungs transplanted by the clinic have been infected by the virus and one more has has died.

Budev said Mellady's death was devastating because she had become a testament to the possibilities of how to live life to the fullest after receiving an organ transplant.

“She knew this was a lease on life that she had gotten,” Budev said.

Mellady participated in several research projects in Boston related to her condition and was active in groups looking for a cure for alpha-1 antitrypsin deficiency and who supported organ donation.

“She was just blooming with excitement to help others and help the field of medicine especially transplantation," Budev said.

Gary Schmidt, who received a double-lung transplant nearly seven years ago, repeatedly sought advice from Mellady about the transplant anti-rejection drugs he had to take and a free medical transport service.

“When I had the lung transplant, you don't know what is in the future ... She opened me right up and made more feel more comfortable there was life ahead," he said. "That was huge.”

After his lung transplant, Schmidt, of Watkins Glen, N.Y., had open-heart surgery, was on dialysis for three years and then received kidney transplants.

"Throughout this whole thing, she said don't let this get you down. You are going to recover from this. You are a strong person. Get out there," Schmidt's wife, Deb, said of the calls and cards they received from Mellady. "I honest to goodness don't think he would have traveled through a lot of the things we went through if it weren't for Joanne.”

In early March, Mellady had lunch at an Irish restaurant with her sisters, brother Fred Smith and other family members.

The next day, Mellady entered a Concord, N.H. hospital with what she thought was pneumonia.

She tested positive a few days later for the coronavirus and her health steadily declined. Toward the end, she was on a ventilator and her family couldn't visit.

Instead, a nurse on March 29 held a phone to Mellady's ear as her sister-in-law Diane Kozwich and sisters spoke their final words.

Sinofsky sounded more hopeful, saying she loved her and would see Mellady soon. Mellady was taken off a ventilator the next day. She lasted four minutes.

“I just told her I would miss her a lot and that I would take care of Oscar and that I loved her,” Smith said.

This article originally appeared on the Associated Press.