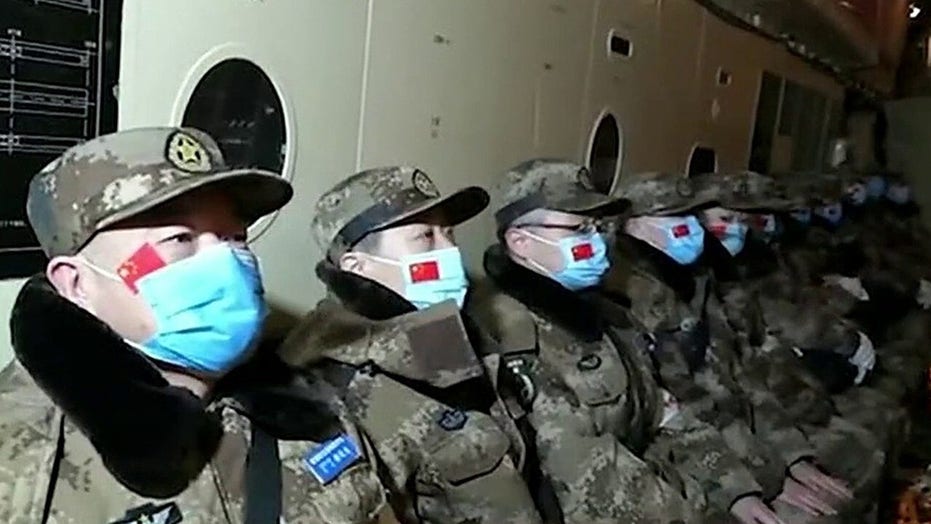 The country now has more than 50,000 confirmed cases and 1,300 people have died from it worldwide; Foreign affair correspondent Benjamin Hall reports.

An American evacuee who arrived on a State Department-chartered flight last week from Wuhan, China — the epicenter of the deadly coronavirus outbreak — is now the 15th confirmed case of the virus in the U.S., federal officials said on Thursday.

The patient, who was not identified, is one of the evacuees under federal quarantine at Lackland Air Force Base in San Antonio, Texas. He or she is the first person under the mandatory 14-day quarantine at the airbase to show symptoms of and test positive for the virus, now known as COVID-19, officials with the Centers for Disease Control and Prevention (CDC) confirmed in a news release provided to Fox News. Signs of the novel virus have been reported to include fever, cough, and shortness of breath.

“The individual is currently isolated and receiving medical care at a designated hospital nearby,” they added. At a news conference, health officials said the individual developed a fever on Feb. 11. The patient was then transferred to an unnamed hospital where he or she was diagnosed with the virus within 24 hours. Texas health officials maintained that the risk of the virus to the general public remains low.

The Annex Gate is seen at Lackland Air Force Base in San Antonio, Texas. (Reuters)

CDC officials reiterated that there will “likely be additional cases in the coming days and weeks, including among other people recently returned from Wuhan.” Though the first 195 evacuees were released on Tuesday, “more than 600 people who returned on chartered flights from Wuhan remain under federal quarantine and are being closely monitored to contain the spread of the virus,” officials added.