Daisy Robinton’s first signs began with mild fatigue before slowly progressing over the next 10 days to a set of symptoms that left the 33-year-old scientist and fitness model working harder to breathe.

"A fever kicked in and I developed a splitting headache and body aches that made it uncomfortable just to be conscious," Robinton said.

"I don’t know how to convey the extreme exhaustion that set in," she added. "Then, the shortness of breath started. I noticed I wasn’t getting as much oxygen."

Robinton, who holds a PhD in molecular biology from Harvard University, said her experience underscored a disturbing reality: young, healthy adults hold no innate immunity to the insidious disease that has now infected over 200,000 people in the U.S., resulting in an estimated 4,476 deaths as of Wednesday.

What’s also imperative for everyone to know, said Robinton, is that a person is most contagious before they have symptoms and during the first week of illness.

"This is why physical distancing is so critical," she said.

Robinton holds a PhD in molecular biology from Harvard University.

Robinton shared with Fox News her answers to the most common COVID-19 questions she’s been receiving on social media from people around the world.

How do I know if I’ve been exposed?
Robinton: It is safest to assume that you may have been exposed. It is difficult to know for sure unless you have had a test with a positive result. Similarly, if someone you interacted with in the past two (or possibly more) weeks tests positive for the virus, you may have been exposed. Most cases are occurring via community spread, often in homes or at places like the grocery store or hospital. This is why physical distancing is important.

How is this virus spread from person to person?
Robinton: This virus spreads through close person-to-person contact with someone who is infected, or via droplets that have been left in the air or on surfaces. When someone is infected with the virus, it replicates and is released from the body via droplets from the nose, mouth, and possibly even tears. If you were to record yourself speaking with a very sensitive camera – even if you’re just in normal conversation – there would be tons of micro-droplets emanating from your mouth. If you are coughing or sneezing, a higher volume of these droplets would come from the nose and mouth. One study showed that microdroplets – invisible to the human eye – can stay airborne in a room for 20 minutes if there is not proper ventilation. The virus can also survive on surfaces for many hours during which a person can come into contact with it. The virus enters the body through mucosal surfaces, including the nose, eyes, mouth, hair and eyelashes. This is why it is so important to engage in physical distancing, and also to avoid touching your face if you haven’t thoroughly washed your hands for 20 seconds with soap and water. 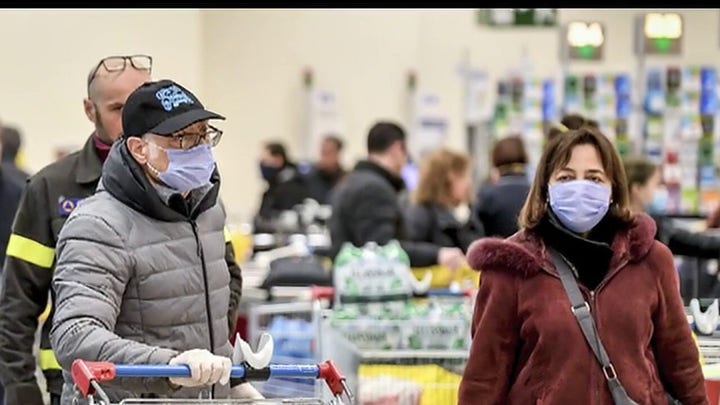 Can you pass the illness on to others before you know you have it?
Robinton: Yes! It is estimated that, in the U.S., one third to one half of all transmission occurs from pre-symptomatic people. According to recent studies that look at how the virus works, most people who test positive are most contagious before they notice any symptoms. The median incubation period for COVID-19 is just over 5 days, meaning for most people the first symptoms do not appear until five days post-exposure. Some people do not develop symptoms for up to 14 days, or possibly even longer, but the virus is replicating and the person is contagious during this time. Keep in mind that the majority of people only have mild symptoms, or none at all. And those with mild or no symptoms are still contagious. This is particularly dangerous because these people will not know that they are shedding virus and transmitting it to other people or surfaces.

Are young adults at risk?
Robinton: Absolutely. I think it’s important to convey that the majority of people will be OK, but even if you’re a healthy person, it is possible that you have challenging symptoms for a week or more from this illness. In the U.S. we’ve seen that roughly 1 percent of people in the 20 to 29 year age range are hospitalized. It’s not a huge number, but it’s not zero. That increases with every decade, with 3.4 percent of 30-to-39-year-olds with COVID-19 requiring hospitalization, 4.3 percent for COVID19 patients in the 40 to 49 age range, 8.2 percent in the 50 to 59 age range, and so on. That’s just hospitalizations. Many people who remain home have severe symptoms, as well, that aren’t quite severe enough to require hospitalization or medical attention.

Why does there appear to be such a low infection rate among children?
Robinton: An analysis of the data in China shows that children do get infected at the same rate as adults, but they tend to have mild symptoms. Kids do get infected just as often as adults, but they don’t get as sick as adults to. We don’t know why this is the case. I think it’s also critical to clarify that infants and toddlers are vulnerable to symptoms and severe illness, or children who have other underlying health conditions. Regardless of symptoms, children infected with the virus can spread it to others, which can be tricky because most of them don’t appear to develop symptoms, making it hard to detect that they’ve been ill. 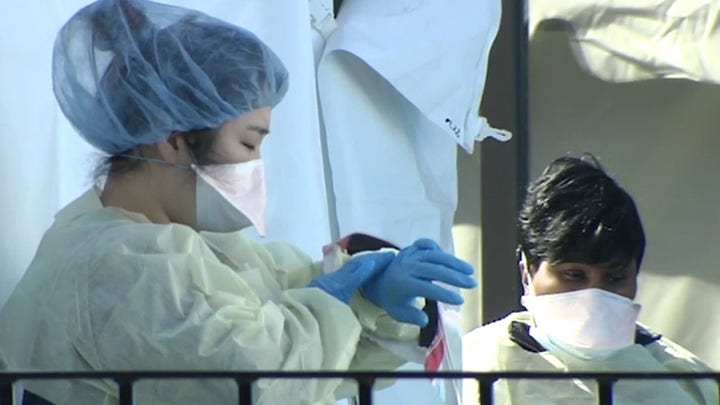 If you’re infected with the virus and recover, can you get it again?
Robinton: The truest answer is that we don’t know for sure. The evidence right now suggests that once you’re infected and mount an immune response, that is, you develop antibodies against the virus, you are likely to have immunity for at least a short period of time. We don’t really know what that means yet, unfortunately, in terms of how long that immunity would last. There have been a few reports detailing individuals who were ill, cleared the virus, and tested positive again later. However, these cases are extremely rare and account for less than 0.2 percent of all infections. The consensus among scientists is that errors in testing are more likely to be the reason for what was observed in those cases.

How long is an infected person contagious?
Robinton: This varies from person to person. It appears that most people clear the virus after about 10 days from symptom onset. Antibodies to the virus are produced within the first week, and as they ramp up the amount of virus gradually decreases. While most people seem to clear the virus within 10 days post-symptom onset, there have been studies that show that the virus persists in the body for up to 37 days in some cases. The current rule of thumb is to quarantine for at least 14 days from the time you develop symptoms, or seven days after your symptoms resolve – whichever is longer. You cannot be sure that you are clear unless you receive a PCR test that shows you are negative for the virus.

Should I go to the hospital if I’m not feeling well and suspect I’m infected with COVID-19?
Robinton: The first thing you should do is call your doctor or set up an appointment using telemedicine, which is now widely available in the U.S. Hospitals have extremely high transmission levels, so if you don’t have COVID-19 it is likely you would pick it up there. And if you do have COVID-19 you are putting others at risk. You must call your doctor before going to any health clinic. Every case is different and you must speak with your doctor if you think you’re sick. The vast majority of people do not require medical care at a hospital or clinic, so I’d recommend you consult a doctor over the phone before putting yourself and others at risk by going in person to a clinic.

If someone I live with is sick, what can we do to prevent exposure to other people living in the house?
Robinton: It’s important to separate as much as possible from the person who is ill. Having them wear a mask is going to significantly reduce the transmission of the virus via droplets. Of course, practice good hand hygiene, as well. Both you and the person who is sick should be careful with any shared surfaces that you touch. Any surfaces that you share – whether it’s bathroom sink fixtures, doorknobs, light switches – you should always wipe it with bleach or similar cleaning detergent before you touch it and after they touch it. Similarly, do not share towels or bedding. Ventilation is also important – if you can get cross-ventilation going in the place that you live, that will help to clear out any microdroplets that are in the air.