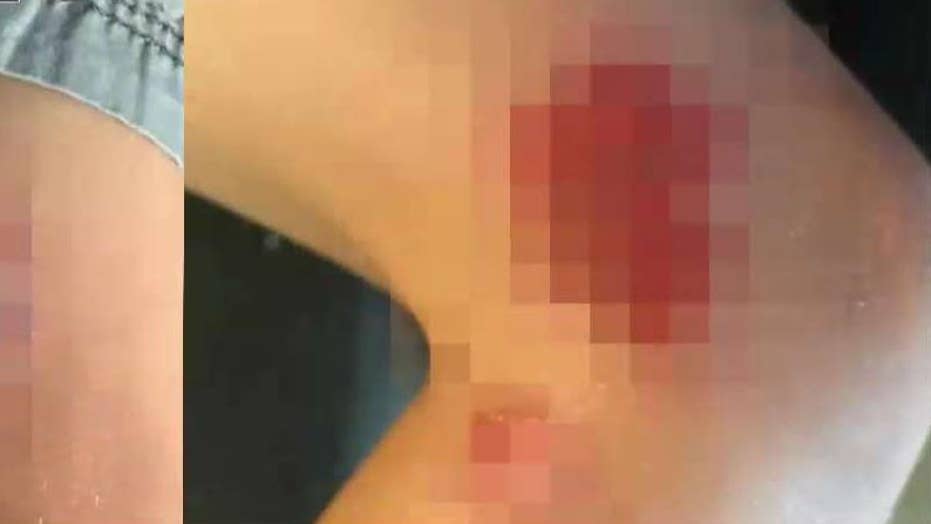 A Connecticut man has reportedly lost a leg after contracting necrotizing fasciitis, or flesh-eating bacteria, following a day at a local beach.

Bruce Kagan, 68, went swimming at Hammonasset Beach State Park in June. A few days later, on June 30, he was admitted to the Hospital of Central Connecticut in New Britain because he felt ill, according to NBC Connecticut.

FLESH-EATING BACTERIA: HOW TO PREVENT NECROTIZING FASCIITIS THIS SUMMER

On August 1, his right leg was amputated above the knee reportedly because doctors were unable to stop the spread of flesh-eating bacteria, which Kagan thinks he contracted while swimming at the beach.

Necrotizing fasciitis has been dominating the headlines this summer, as more people come forward with their harrowing tales of infection following trips, typically to southern beaches in the warm weather. Flesh-eating bacteria is a rare infection that spreads quickly in the body and can cause death. According to the Centers for Disease Control and Prevention (CDC), accurate diagnosis, rapid treatment, and prompt surgery are important to stop the infection. 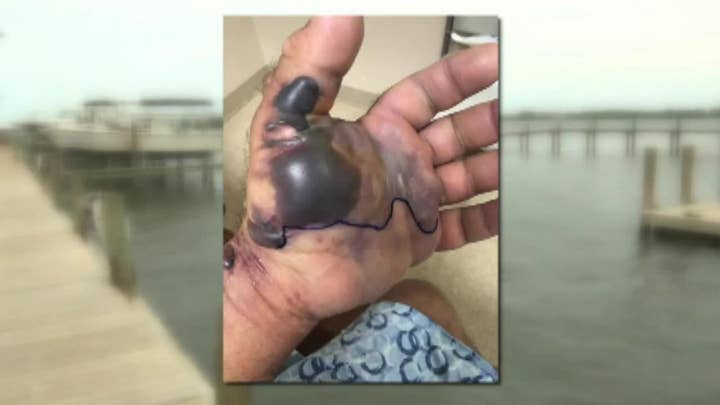 Fever, dizziness or nausea soon after injury or surgery could signal the onset of the infection. Later symptoms may appear as ulcers, blisters or black spots, changes in the color of skin, pus or oozing from infection and fatigue. The bacteria most commonly enters the body through cuts and scrapes, burns, insect bites, puncture wounds or surgical wounds, but it can also occur after blunt trauma that does not break the skin.

Kagan, who told NBC Connecticut he thinks the bacteria may have entered his body through a cut on his leg, did not detail his symptoms.

"All I can say is that I am by far one of the luckiest men in the whole world, by far," Kagan added. "I don't know how I made it, but I did."