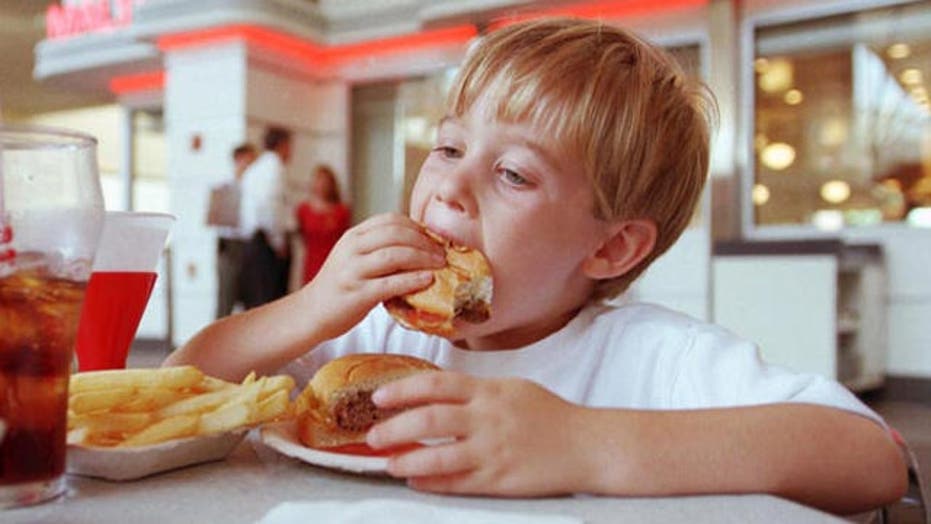 One out of five U.S. children are food insecure. This could lead to long-term health effects like malnutrition, obesity, developmental delays and chronic illnesses. Learn how one company is trying to help these kids

More than 16 million U.S. children are food insecure – meaning they don’t know where their next meal is coming from.

Food insecurity often means you’ve run out of money or resources before you can eat. This can lead to long-term health effects, such as malnutrition, obesity, developmental delays and chronic illnesses like diabetes or hypertension.

Greene explained that food-insecure kids aren’t necessarily hungry, but the food their parents buy is the cheapest available – meaning it’s often nutritionally empty. Examples of these foods could be items like hot dogs or noodles.

“They are over-fed when it comes to calories and undernourished at the same time,” Greene told FoxNews.com.

Grimmer said food insecurity has become an increasing problem in the past 20 years. About 49 million people are hungry in the U.S., and of those, 16 million are children – making it more than just a third-world problem.

“It is a poverty issue, but a lot of single families, too, have a higher chance of being over the poverty level,” Greene said. “On the other side of that, the foods that are super cheap right now are things that are so empty nutritionally. People know about the childhood obesity epidemic, but it is the other side of the coin of our malnutrition problem.”

Grimmer reiterated that a person can be fat and malnourished at the same time.

“We got involved because when we first started Plum, we believed that every little one deserved the very best nutrition so they can grow and thrive and live to their full potential,” Grimmer said. “That’s why we started the Full Effect.”

Grimmer said Plum developed a product that is specifically for children who are food insecure. The super-smoothie is jam-packed with nutrients and superfruits – spinach, carrots, apples and oats.

“And it tastes phenomenal,” he added.

The smoothie is pre-blended and packed with vitamins A, C, E and D, as well as some omega-3, Grimmer said. The smoothie is not available for purchase; it was designed for donation only.

“We created a product for the little ones, and now it is getting pushed into the distribution system – to get it into the hands of families in need,” Grimmer said.

Plum is donating the smoothie through a portfolio of non-profit partners reaching families across the country, including:

Greene said the nutritional value in the smoothie is critical for children age 3 and younger, because that’s when the brain grows the most quickly and metabolism is being set for life.

“The child’s brain is built differently depending on the nutrition they get in the first 36 months – while the brain is growing quickly,” Greene said. “Nutritional deficiencies can take IQ points off that you can’t get back. So, it is really an important window to give kids great food.”

If you would like to help give food-insecure kids a smoothie, text FOOD to 77177.

Visit http://www.plumorganics.com/about-us/the-full-effect for more information. Click here to watch “A Place in the Table.”