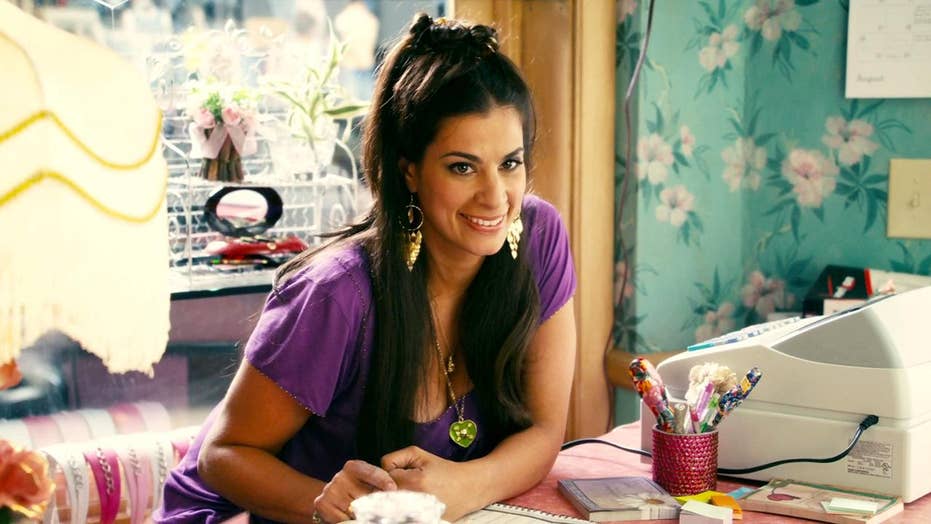 Comedian Maysoon Zayid has had her fair share of ups and downs in Hollywood. The Palestinian-American was born with cerebral palsy and had plenty of casting directors tell her she would never make it. Today, she’s acted alongside Adam Sandler, performed a TED talk that went viral and just published her first memoir under Reese Witherspoon’s new company Hello Sunshine. Zayid’s determination and talent led to her success in the entertainment world, but now she wants to bust the myth that tried to hold her back, that there aren’t talented disabled actors.

When comedian Maysoon Zayid performed her first TED talk in 2014, she never thought it would change her life. Nearly 15 million people watched the Palestinian-American talk about her life with cerebral palsy and how it never got in the way of her dreams.

“The talk was translated into 42 languages, so people worldwide were hearing me for the first time and one of the things I realized was that the world has never seen a functional disabled person,” Zayid told Fox News.

Cerebral palsy (CP) is a group of disorders that affect a person’s ability to control their muscles and maintain balance and posture, according to the Centers for Disease Control and Prevention (CDC).

Some people with CP may have abnormal reflexes, floppiness or stiffness of the limbs, abnormal posture, and trouble walking. In Zayid’s case, she said she shakes all the time.

The disorder is caused by abnormal brain development or damage to the developing brain, usually in utero. Zayid was deprived of oxygen when her mother was in labor, which was what she and her malpractice lawsuit against the doctor allege was the cause of her CP.

Maysoon Zayid grew up in New Jersey with her Muslim parents, who are from a village outside Ramallah, and her three older sisters.

Zayid said the response she received after her TED talk opened her eyes and educated her in a way she had never been educated before. The New Jersey native said she had been living in a “bubble.” She grew up with three older sisters and supportive parents who “never treated her differently,” and always made sure she attended mainstream schools.

After the success of her TED talk, Zayid went on to become a disability advocate and pushed for disability rights in the entertainment industry. At a time when people are focusing on equal representation on screen, whether it involves race, gender or sexual orientation, Zayid wants people with disabilities to grace the big and small screens more too.

When I was growing up, anytime I saw disability on TV, those people were healed on the red carpet.

“When I was growing up, anytime I saw disability on TV, those people were healed on the red carpet. And the message to me was either heal myself, which I couldn't do because I have a permanent disability, or you can never be part of this world because people who are disabled are not allowed to participate,” Zayid said.

“The myth is [that] there aren't talented disabled actors. There are. There are 4,000 of us at least, and so many of us in SAG-AFTRA, a union that's really hard to get into. So the talent exists, but the opportunity doesn't,” Zayid added.

After studying theater at Arizona State, and never getting the lead roles in productions, Zayid encountered more frustration with casting directors in New York.

“I would walk into rooms and people would say, ‘No, thank you’ before I even started talking,” she said.

Reports estimate that nearly 25 percent of Americans live with a disability, yet a Where We Are on TV Report found only 2 percent of regular primetime broadcast characters had a disability.

“I realized that I did not see people on TV who looked like me, but where I did see myself was in the world of standup comedy,” Zayid said.

Watching comedic legend Richard Pryor, the “original shaking disabled comic,” as Zayid says, made her feel like she could become successful as a comedian.

HOW A QUADRIPLEGIC GUITAR PLAYER DEFEATED THE ODDS

And she was right. Zayid had a natural comedic rhythm to her performances and went on booking gigs around the country, as well as co-creating the New York Arab American Comedy Festival and The Muslim Funny Fest. She even caught the attention of Adam Sandler, who liked her comedy so much he offered her a role in his 2008 film "You Don't Mess with the Zohan."

Comedian Maysoon Zayid was cast in Adam Sandler's movie "You Don't Mess with the Zohan."

“My advice to young people with CP that are looking to get into Hollywood is you have to work harder than everyone else,” Zayid said. “I wish that I could tell you that you didn't, but you do. So the most important thing is make sure your talent is there. Make sure when you get the opportunity that your art and your craft is so flawless that they don't even remember that you have a disability.”