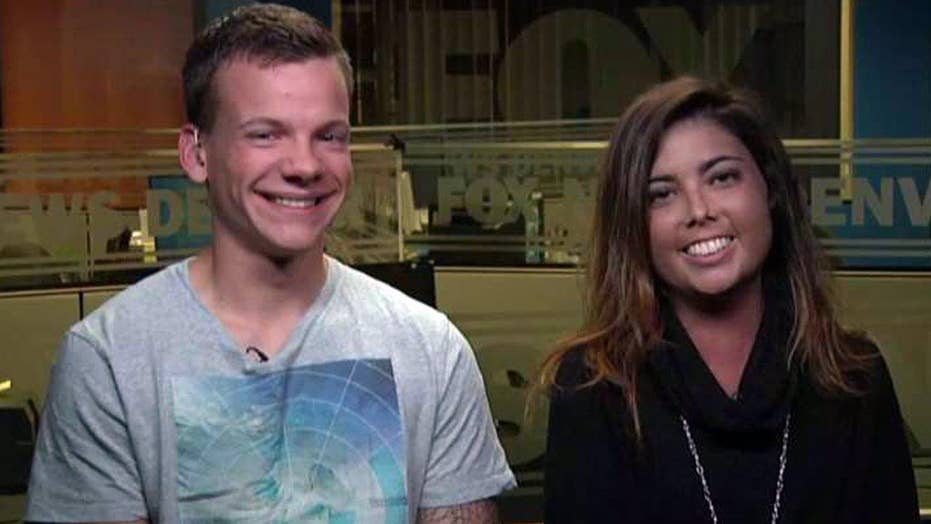 'Fox & Friends': Pair found one another thanks to a digital billboard

A billboard along an interstate played a key role in saving the life of a woman seeking a kidney donor. Kelsey Crider, 26, of Boulder, Colo., had already undergone three transplants since she was 17 and found her fourth donor after the man, an Army reservist, saw the digital sign light up for a mere eight seconds.

Nate Toci, 21, was driving home from work when he saw the sign seeking a donor for Crider, who had type O blood.

Tests showed he was a perfect match and the two agreed to meet, Crider told Fox & Friends on Thursday.

“It was pretty special meeting him and I’m glad I did,” Crider told Fox & Friends. “We have a good friendship.”

“It was something I felt I needed to do,” Toci, a member of the U.S. Army Reserves, told Fox & Friends on Thursday.

During their recovery at the University of Colorado Hospital, the two bonded over their love of “Lord of the Rings” and now say they feel like family.

“Nate is the kind of guy that will just go out and give himself to other people,” Crider told Fox31.

The pair are sharing their story to encourage others to look into living kidney donation.

“It’s eye-opening to know you can donate an organ and the body can accept it,” Crider told Fox & Friends. “The human body is crazy on what it can do.”