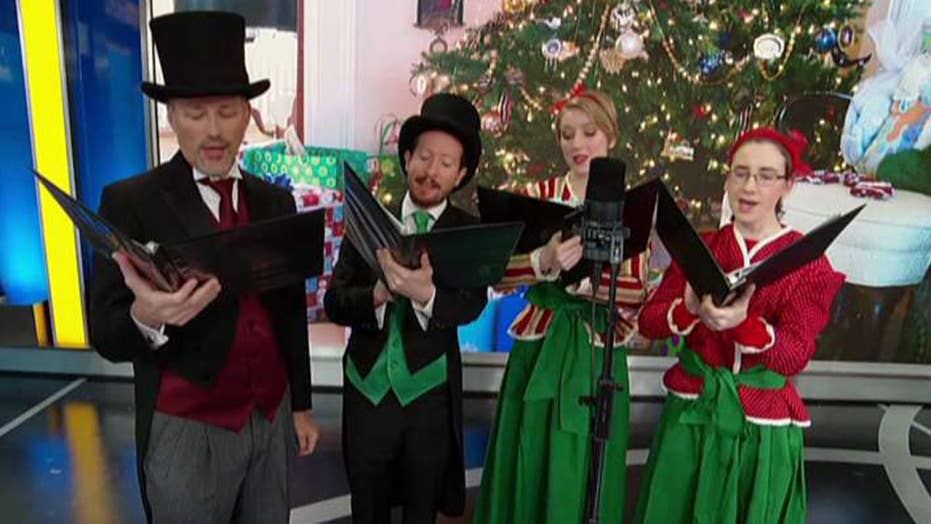 How does Christmas music impact your mental health?

Dr. Cooper Lawrence explains on 'Fox & Friends,' visit www.TheChristmasCarolers.com to learn more about the carolers on the show.

Stressing before Christmas? Listening to the cheerful, jolly music will not help you relax, a British psychologist said.

Blair said the continuous playing of Christmas music in the car or at stores reminds people of all the things they need to do before the holiday arrives.

“You’re simply spending all of your energy trying not to hear what you’re hearing,” Blair told Sky News.

Blair said store workers were “more at risk” of being mentally drained by the array of cheerful music. The same songs being played constantly makes it hard for employees to “tune it out” and “unable to focus on anything else.”

MOM OF 5 DELIVERS BABY ON SIDE OF ROAD

“Christmas music is likely to irritate people if it’s played too loudly and too early,” Blair told Sky News.

“The one I have in mind is 'The 12 Days of Christmas,'” Turner told the Tampa Bay Times. “Once I’m at the third day, I’m counting how many days are left. You don’t want any songs that feel like they last for 12 days.”

The newspaper also conducted a poll about the most appropriate time to start playing Christmas music. More than half of the participants said it was best to begin listening to holiday music after Thanksgiving.