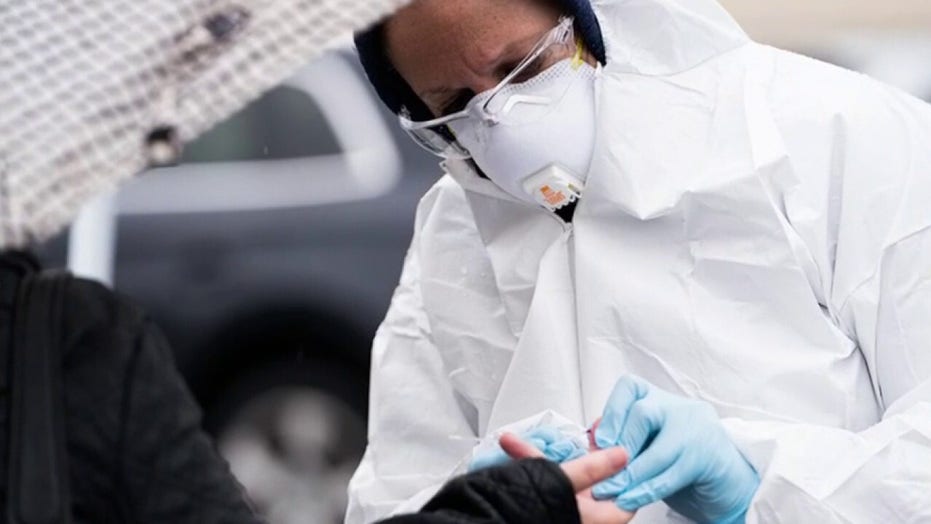 Chile announced plans Monday to issue the world's first "immunity passports" for recovered coronavirus patients that would make residents exempt from quarantines and other restrictions, according to a report on Monday.

The cards, which will be rolled out later this week, will allow those who have recovered from the virus to return to work.

“It’s precisely they who can help the community enormously, because they don’t present a risk,” Health Minister Jaime Mañalich said last week, according to the Washington Post.

A flight passenger is screened with a thermal imaging camera at the Arturo Merino Benitez International Airport in Santiago, Chile, on April 20. \ (AP Photo/Esteban Felix)

More than 4,600 people who have recovered from COVID-19 in the country will be eligible, according to Paula Daza, an undersecretary of public health in Chile.

Residents can also apply for the cards, which will be issued to people with a “very high probability” of being noncontagious. Others who apply may be tested for antibodies to determine if they are eligible.

Critics say plans to issue the cards were made without the consultation of the Chilean Immunological Society, the paper reported.

“There are serious doubts over the existence of long-term immunity to this virus," said Cristóbal Cuadrado, the technical secretary for health policy and studies with Chile’s medical union. “We have called upon the government to reevaluate the policy and involve experts in the discussion before implementing the scheme.”

Chile has seen more than 10,507 confirmed COVID-19 cases and at least 139 deaths from the virus as of early Tuesday, according to data from Johns Hopkins. Chile has also tested more people than any other country in Latin America.

The South American country has implemented a nightly curfew at 10 p.m. and has suspended schools until at least May after President Sebastián Piñera declared a state of catastrophe last month.