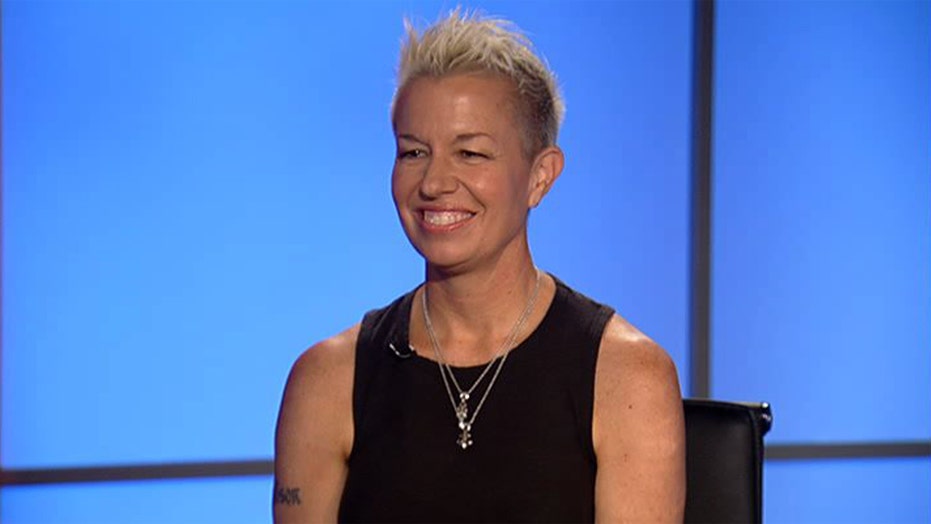 Working in a hot, dry kitchen is uncomfortable for anyone but chefs have to work under those conditions all the time. Pile on a chronic inflammatory skin disease called atopic dermatitis and it’s a recipe for disaster. Celebrity chef Elizabeth Faulkner talks with Dr. Manny about how she’s learned to cope and thrive with the disease

Celebrity chef Elizabeth Falkner knows how to handle the heat in the kitchen, but 20 years ago when she developed a painful, irritating skin condition that seemed to worsen in hot conditions, she began to question whether she’d be able to keep her career. She was eventually diagnosed with moderate to severe atopic dermatitis, a chronic skin disease that causes rashes, itchiness and cracked skin.

“My dermatologist told me to maybe stop cooking so much,” the San Francisco-based star told FoxNews.com, “[But] I wouldn't stop cooking, I didn’t want [atopic dermatitis] to stop my life”.

Falkner, who has appeared on “Food Network Star” and “Iron Chef: Redemption,” has attempted to use food as a way to lessen her symptoms, but finds there is not one superfood solution to her disease.

“I feel like as a chef I’m almost an alchemist sometimes, so I do kind of try to figure out what [foods] would help these flare ups,” Falkner said. “But what I’ve learned… is that [the solutions are] different for everybody.”

Falkner is also helping to spread awareness of the disease through a partnership with the National Eczema Association. They’ve launched a campaign called “Understand AD” so that others can continue to pursue their passion after a diagnosis.

“I wanted to help bring awareness to this disease,” Falkner told FoxNews.com. “It’s overlooked by a lot of people, and I think when you say you have a skin problem people just think it’s a rash [and that] it’ll go away. [Atopic dermatitis] doesn’t really ever go away.”

According to the National Eczema Association, approximately 1.6 million Americans suffer from uncontrolled moderate to severe atopic dermatitis. Doctors will typically prescribe topical corticosteroids to treat the symptoms; however, currently there is no cure for atopic dermatitis.

Doctors may also recommend lifestyle changes to combat the condition, and Falkner exercises heavily. Her exercise regime includes running, yoga, Pilates and Jungshin –a workout that utilizes wooden swords.  Nonetheless, the best thing to do if you are suffering from atopic dermatitis, Falkner said, is to consult a dermatologist