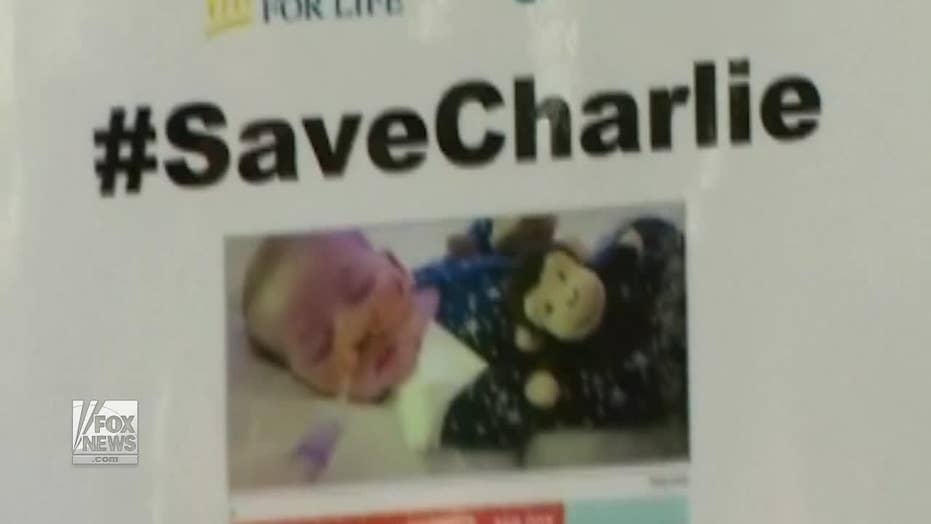 Charlie Gard is suffering from encephalomyopathic mitochondrial DNA depletion syndrome. It’s so rare the National Institutes of Health say only 15 infants have it in the world. Find out what causes it

Charlie Gard, a terminally ill infant in Britain, is receiving international attention as his parents are seeking an experimental treatment they hope could help their son, whose rare type of "DNA depletion" condition usually results in death in the first few months of life. But what causes this condition, and why does it have such devastating effects on the body?

Charlie was born on Aug. 4, 2016, and has been hospitalized at Great Ormond Street Hospital in London since October, according to The New York Times . The 11-month-old cannot breathe on his own, has seizures, and is blind and deaf, the Times reported. His parents want to take him to the United States for an experimental treatment, but his doctors have disagreed, saying that the treatment would not help and would only extend Charlie's suffering. Instead, the hospital concluded that the most humane thing to do would be to remove Charlie from life support.

CHARLIE GARD: PARENTS OF ILL BABY SAY 'HE DESERVES A CHANCE' AT TREATMENT IN US

The case has renewed the debate about parents' rights to seek treatment for their children. Several British courts have sided with the hospital, and the child's life support was set to be withdrawn on June 30. However, his parents have since said that the hospital has postponed the withdrawal in order to give them more time to say goodbye to their child, according to The Guardian .

Encephalomyopathic mitochondrial DNA depletion syndrome is caused by mutations in genes that help maintain the DNA found inside the mitochondria (cells' "powerhouses") that turn nutrients into energy and have their own set of DNA.

The condition affects many organs in the body, but particularly the muscles, brain and kidneys, which have high energy demands, the NIH says. It can cause muscle weakness, microcephaly (a smaller-than-normal head size), kidney problems, seizures and hearing loss. Weakness in the muscles used for breathing can lead to serious breathing problems and, in Charlie's case, required that he be placed on a ventilator.

The condition is extremely rare; prior to Charlie's case, only about 15 infants worldwide were reported to have this particular form of mitochondrial DNA depletion syndrome, according to the NIH.

Symptoms typically start very early in life; Charlie started showing signs when he was just a few weeks old, the Times reported. And babies with this condition typically do not survive beyond infancy. In a 2008 review of the cases of seven infants with mitochondrial DNA depletion syndrome due to mutations in the RRM2B gene, all died before they reached 4 months old.

There is no cure for the condition, and treatment consists of managing symptoms, such as providing nutritional support or using a ventilator to aid with breathing, according to a review from the University of Washington.

Charlie's parents have said that they want their son to have an experimental treatment called nucleoside therapy, an unproven treatment aimed at the DNA materials that his cells can't produce. This treatment has previously been used on patients with a less severe form of mitochondrial DNA depletion, known as a TK2 mutation, according to the Times. However, the therapy has never been used on someone with RRM2B mutations. And even the doctor who initially agreed to help the Gards seek this treatment later acknowledged that the therapy was unlikely to help Charlie, because the baby was in the late stages of the illness.

Recently, the Bambino Gesù children's hospital in Italy asked if Gard could be transferred to its facility for care, but Great Ormond Street Hospital declined to move Gard, citing legal reasons, according to The Washington Post. U.K. Foreign Secretary Boris Johnson also said that it is "right that decisions continue to be led by expert medical opinion, supported by the courts," in line with the child's best interests, according to Press Association, a U.K.-based news agency.