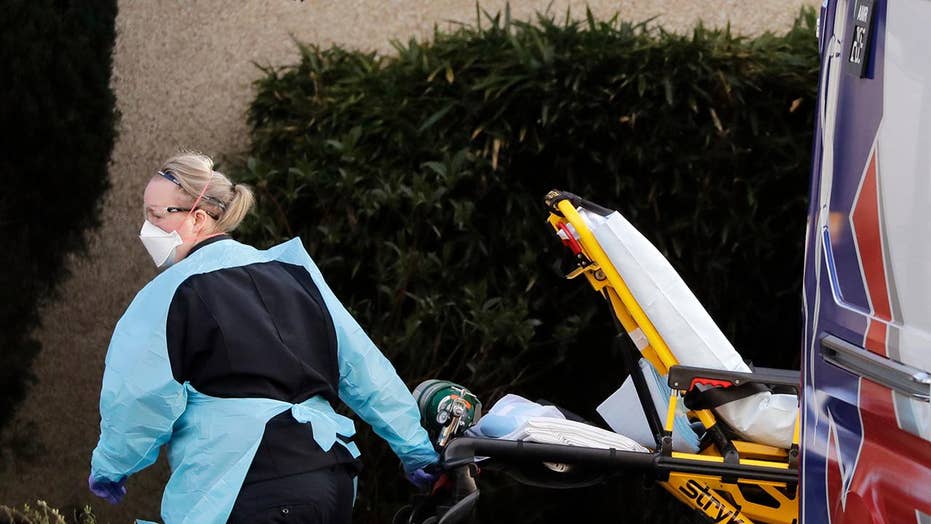 Are US efforts to contain coronavirus still proving effective?

The Trump administration has reportedly ordered an investigation into a Centers for Disease Control and Prevention (CDC) lab in Atlanta that was in charge of assembling coronavirus test kits after a scientist with the Food and Drug Administration (FDA) raised concerns that the lab itself may be “contaminated,” possibly leading to faulty test kits, according to reports.

Timothy Stenzel, the director of the Office of In Vitro Diagnostics and Radiological Health, went to the CDC lab in Atlanta last week to help  “troubleshoot whatever technical problems might have been occurring with the tests” in an effort to get them to market faster, Axios first reported. Though not a lab inspector, Stenzel reportedly noticed  “inappropriate procedures and possible contaminants” at the lab, raising his concerns to federal officials, which ultimately prompted the investigation.

The manufacturing process has since been moved, according to Axios.

Government officials told the outlet that test kits already distributed to labs around the country are still accurate but noted that problems with “certain test components were due to a manufacturing issue.”

“We worked hand in hand with the CDC to resolve the issues with manufacturing," FDA Commissioner Stephen Hahn said in a statement to Axios. "FDA has confidence in the design and current manufacturing of the test that already have and are continuing to be distributed. These tests have passed extensive quality control procedures and will provide the high level of diagnostic accuracy we need during this coronavirus outbreak.”

At this time, it’s not clear if the alleged contamination at the Atlanta lab affected “delays or problems with testing,” per Axios, which noted: “Nor was it clear how significant or systemic the contamination concerns may be; whether it was a one-time issue that’s easily resolved, or a broader concern involving protocols, safeguards or leadership.”

The investigation has since sparked some states — namely New York, which confirmed its first case of the virus on Sunday —  to seek “emergency approval” of their own test kits, Reuters reported. New York Gov. Andrew Cuomo asked the FDA for approval to begin using the state-developed test kits to speed testing capabilities. (The state’s first case was subsequently confirmed via a state-developed test, the governor said during a Monday press conference.)

The news comes as U.S. officials have been scrutinized for not testing enough people for the novel virus when compared to other countries (to give that some context, the U.S. has tested about 3,600 people, while South Korea has tested more than 65,000, according to New York Magazine.)

Additionally, a ProPublica investigation found that the CDC chose to develop its own testing kits rather than using those from the World Health Organization (WHO), a decision that possibly caused the federal agency to lose “valuable weeks that could have been used to track its possible spread,” in the U.S., the outlet found.

There are now more than 89,000 individual coronavirus cases globally, according to Monday estimates, with some 80 cases in the U.S. alone. More than 3,000 people have died worldwide.

The CDC did not immediately return Fox News’ request for comment.