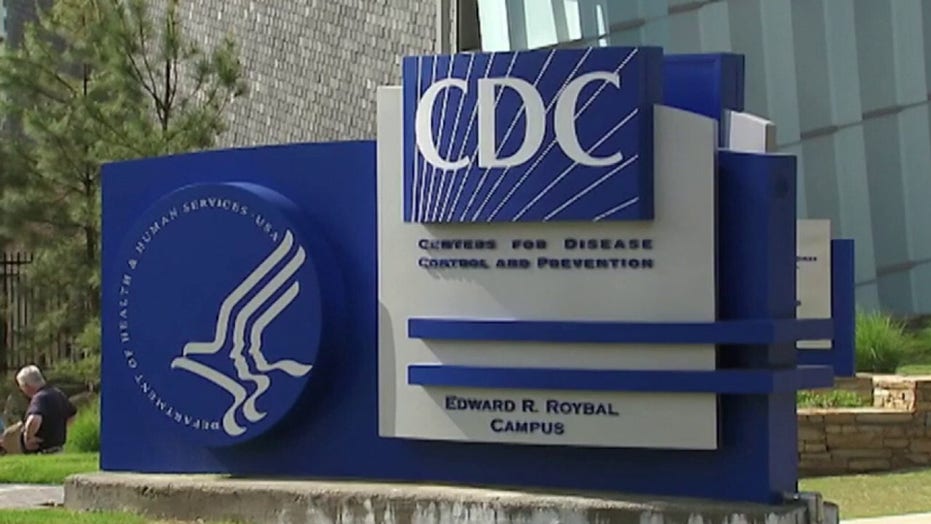 The Centers for Disease Control and Prevention (CDC) issued an advisory on Thursday regarding a severe inflammatory condition found in children believed to be associated with the coronavirus.

Doctors describe the inflammatory condition (MIS-C) as similar to Kawasaki disease, a rare illness that causes swelling in medium-sized arteries throughout the body. MIS-C can cause persistent fever and symptoms that include hypotension, rashes, gastrointestinal symptoms such as vomiting and diarrhea, as well as elevated inflammatory markers, the CDC said.

"Healthcare providers who have cared or are caring for patients younger than 21 years of age meeting MIS-C criteria should report suspected cases to their local, state, or territorial health department," the CDC advisory said.

In this 2020 photo provided by Amber Dean 9-year-old Bobby Dean lies in a hospital bed in Rochester, N.Y., after being admitted with severe dehydration, abdominal pain and a racing heart. He tested positive for coronavirus at the hospital and the doctors diagnosed him with a pediatric inflammatory syndrome related to the virus. (Dean Family Photo via AP)

The condition has been reported in recent weeks in pediatric coronavirus cases in a handful of U.S. states and elsewhere. It's raised concern for doctors in New York and California as well as those abroad in the United Kingdom.

It can reportedly affect children and young adults up to 21 years of age.

Health officials in New York first warned the public of the mysterious disease in May, after 15 patients between the ages of two to 15, were hospitalized. Many of them required admission to the intensive care unit.

At least three young children in New York have since died after being hospitalized with the rare Kawasaki disease-like illness, New York Gov. Andrew Cuomo announced on Saturday.

Meanwhile, the New York State Department of Health identified an additional 102 patients suspected to have the condition, many of whom tested positive for the coronavirus.

In Connecticut, at least three children were being treated for MIS-C, according to a hospital in the state on Monday.

“Unfortunately, this disease carries features of toxic shock syndrome and elements of Kawasaki disease and strikes school-aged children. While these cases are exceptionally rare, given our proximity to New York where there has been a significant number reported, we have been watching their experience closely,” said Clifford Bogue, physician-in-chief of Yale-New Haven Children’s Hospital, in a statement.

Additional reports of children having MIS-C have been reported by authorities in other countries -- including at least three patients at a California children’s hospital. They all had antibodies against the novel coronavirus.

On April 26, eight previously healthy children in the United Kingdom who tested positive for the coronavirus were also found to have the disease -- including one patient who died.

An image of SARS-CoV-2, yellow, emerging from the surface of cells, blue/pink, cultured in the lab in February. The Centers for Disease Control and Prevention is warning doctors about a rare but serious condition in children linked with the coronavirus. In an alert issued Thursday, the CDC called the condition multisystem inflammatory syndrome in children. (NIAID-RML via AP, File)

Dr. Marc Siegel told Fox News on Monday the danger isn't the virus itself, but the inflammation it causes.

“That’s what we’ve been dealing with in COVID-19 all along. Not the virus, but the damage it does from inflammation,” Siegel said. “Tragically, we’re seeing the involvement of the heart muscle. We’re seeing inflammation of the arteries of the heart. That’s the biggest concern here.”

Kawasaki disease, which is similar to MIS-C, primarily affects children and has less than 6,000 diagnosed cases in the U.S. each year, according to the Mayo Clinic.

The CDC emphasized on Thursday there is still little known about MIS-C at this time. They said it's unknown whether it's specific to children or if it also occurs in adults.

"There is limited information currently available about risk factors, pathogenesis, clinical course, and treatment for MIS-C. CDC is requesting healthcare providers report suspected cases to public health authorities to better characterize this newly recognized condition in the pediatric population," according to the advisory.