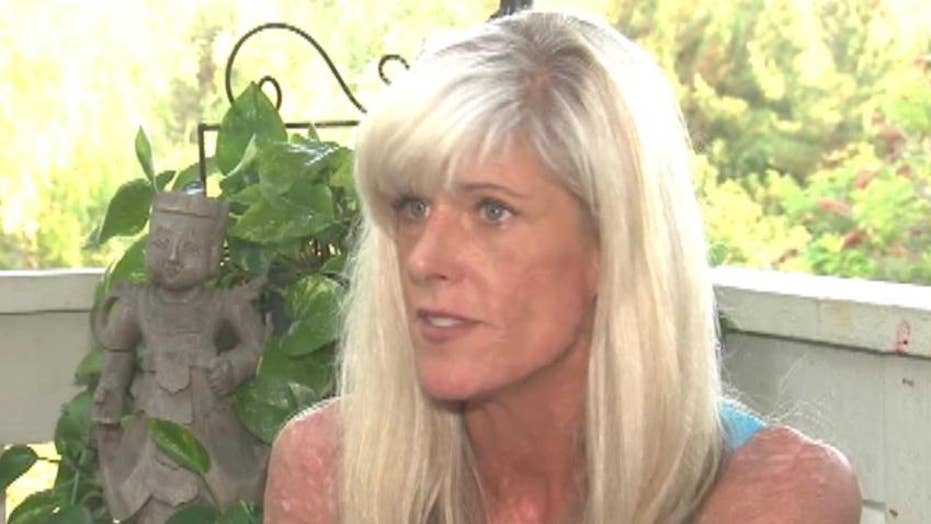 Woman claims she was denied at nail salon due to lupus

California woman breaks down after she says she was denied manicure at a nail salon due to her lupus symptoms.

A California woman claims she was denied a manicure at a local nail salon due to the inflamed skin on her hands and arms, a symptom of lupus.

Jeniffer Dreyer Brown, 47, posted an emotional testimony detailing the incident on Facebook on July 6. That day, Brown said temperatures reached over 100 degrees, causing scars from her lupus – an autoimmune disease Brown said she's lived with for 15 years – to flare. The sun’s ultraviolet rays have been known to worsen symptoms for those with the condition, according to the Lupus Foundation of America.

In the video, Brown claimed a manicurist at Happy Nails salon in Laguna Niguel refused to perform a manicure. When Brown asked why, the manicurist, who has not been identified, allegedly commented on her inflamed skin.

“People judge me because I have lupus and my skin is broken out,” she said through tears. “I’ve never felt more like a leper or more judged in Orange County.”

As of Thursday morning, Brown’s video had more than 1,400 reactions, nearly 100,000 views and hundreds of comments.

“My heart is broken. I will never set foot in Happy Nails again,” one Facebook user wrote.

“You are a strong, beautiful woman, Jeniffer! Keep wearing those sundresses and showing off your battle scars!” another commented.

Brown told Fox News on Thursday she’s received “an outpouring of love and support” from friends and strangers alike, and has also received “tons of messages from other people who have lupus asking about the disease.”

There is no cure for lupus, “an autoimmune disease – in which your immune system attacks healthy cells by mistake – that can potentially damage many parts of the body,” according to the Lupus Research Alliance.

The Lupus Foundation of America estimates roughly 1.5 million Americans have the condition, which can cause skin rashes, lesions, joint pain and fatigue, among other symptoms.

The disease is not contagious – rather, it’s a result of a person’s hormones, genetics and environment, the foundation said.

Brown specifically has “discoid lupus,” which, to put it simply, means she is “allergic to the sun,” she said.

“I was born and raised in Laguna Beach – there is no amount of sunblock or umbrellas [to prevent the flares],” she said, adding that she proudly sports her scars “rather than covering up my life.”

“The scars on my skin get red when I go outside,” Brown said, explaining that she doesn’t currently have any new “eruptions,” nor did she at the time she went for a manicure.

“I showed her my hands and she still denied me,” she said.

Attorney Scott Wellman said in a statement to Fox News on behalf of the salon that the business followed the California Board of Cosmetology’s code which states, in part, "No person ... shall perform service upon a surface of the skin or scalp where such skin is inflamed, or broken ... or where a skin infection or eruption is present."

"I’ve never been discriminated against or so humiliated in my life."

Wellman added separately that "the workers are very hard working immigrants that would want nothing more than to provide the service."

"However, they must follow the mandates of the law," he continued.

Still, Brown doesn't plan on returning to the salon, despite the fact she had been there “multiple times” before the incident. She also hopes her experience will raise awareness about lupus.

“I’ve never been discriminated against or so humiliated in my life,” Brown said. “There’s no reason that anyone should feel that way.”