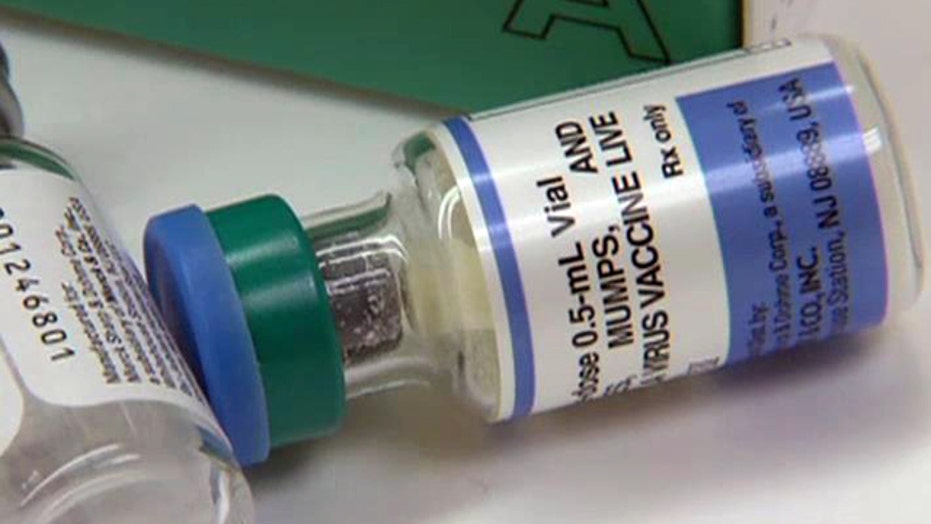 What to know about recent measles outbreak

A Santa Monica baseball coach was diagnosed with the measles, the district said Friday, with the number of confirmed cases continuing to climb as the virus spreads to other states.

An alert was sent to students and parents about the freshman coach, as California officials also reported Friday that nearly 90 percent of the 78 confirmed cases remain in the state. Forty-eight cases in the state are directly linked to visits to Disney parks or contact with someone who went there.

Los Angeles County health officials said the potential exposure to the rest of the school’s campus was immediately investigated, but because every student on the baseball team had received the measles immunization, it was unlikely any of the players actually caught the virus, MyFoxLA.com reported.

The coach is a walk-on coach and not a teacher or staff member at the high school. He stayed away from the school since first developing symptoms, a spokeswoman told MyFoxLA.com.

According to the Centers for Disease Control and Prevention (CDC), measles has been confirmed in six other states – Utah, Washington, Colorado, Oregon, Nebraska and Arizona – and also Mexico.

Symptoms of the highly contagious illness include fever, cough, runny nose and a telltale rash. Common complications include ear infections, which occur in about one out of ever 10 children diagnosed with measles and can result in permanent hearing loss. Diarrhea is also reported in les than one out of 10 people with measles.

As many as one out of every 20 children with measles also contracts pneumonia, which is the most common cause of death from measles in young children, according to the CDC. Measles may also cause pregnant women to give birth prematurely or have a low-birth-weight baby.