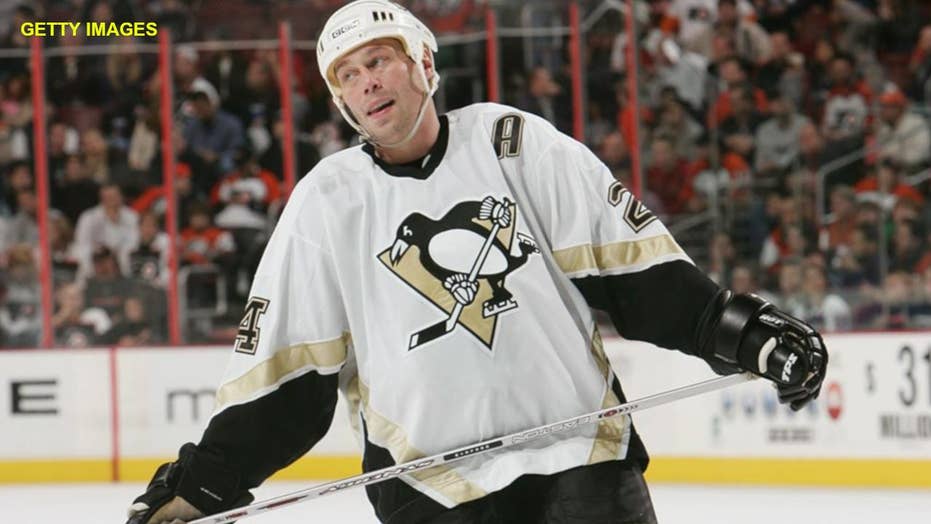 Former NHL player Lyle Odelein, who retired in 2006 after a nearly two-decade career, is facing a life-threatening infection after a spiky cactus pierced his leg. Odelein was playing golf in Arizona in March 2018 when he walked into the rough to retrieve a ball. That's when a small segment of cactus that detaches easily when it's touched, known as a 'jumping cactus,' lodged into his leg. The infection worsened causing heart problems, kidney and liver failure.

A former NHL player developed a life-threatening infection after a spiky cactus pierced his leg, according to news reports.

Fifty-year-old Lyle Odelein, who retired from the NHL in 2006 after a nearly two-decade career, was playing golf in Arizona in March 2018 when he walked into the rough to retrieve a ball, according to the Pittsburgh Post-Gazette. That's when a "jumping cactus," or a small segment of cactus that detaches easily when it's touched, lodged into his leg. Odelein's friends needed to use a golf club to pull the cactus from his leg, the Post-Gazette reported.

About a week later, Odelein was back at his home near Pittsburgh when he began to experience leg pain and flu-like symptoms. A friend took him to the hospital, where doctors found he had a serious blood infection that likely stemmed from the cactus injury, the Post-Gazette reported.

The type of microorganism that caused Odelein's infection was not reported. In 2017, doctors in Phoenix published a study of "thorn-associated infections," which found that one of the most common causes of infection after thorn injuries was Staphylococcus aureus, a type of bacteria that lives naturally on people's skin. But in rare cases, infections were caused by microorganisms in the environment, such as Nocardiabacteria, which live in water and soil, or Paecilomyces lilacinus, a fungus found in soil.

Odelein's condition worsened, and he needed to be placed in a medically induced coma. The infection had damaged part of Odelein's heart called the aortic valve, and poor blood flow had caused his kidney and liver to fail.

Doctors attempted a risky and rarely performed triple transplant — of the aortic valve, heart and kidney — in order to save his life. "After the case, some people approached me and said, 'I can't believe you did it,'" Dr. Ngoc Thai, a transplant surgeon at Allegheny General Hospital in Pittsburgh, who treated Odelein, told the Post-Gazette. A report of Odelein's case will be published in an upcoming issue of the Journal of Cardiothoracic and Vascular Anesthesia.

Odelein experienced a temporary paralysis after his surgery and needed to undergo a lengthy rehabilitation program to be able to stand and walk again. He is still recovering but hopes to soon return to the golf course, the Post-Gazette said.

Odelein played for the Pittsburgh Penguins during his final NHL season.

10 Bizarre Diseases You Can Get Outdoors