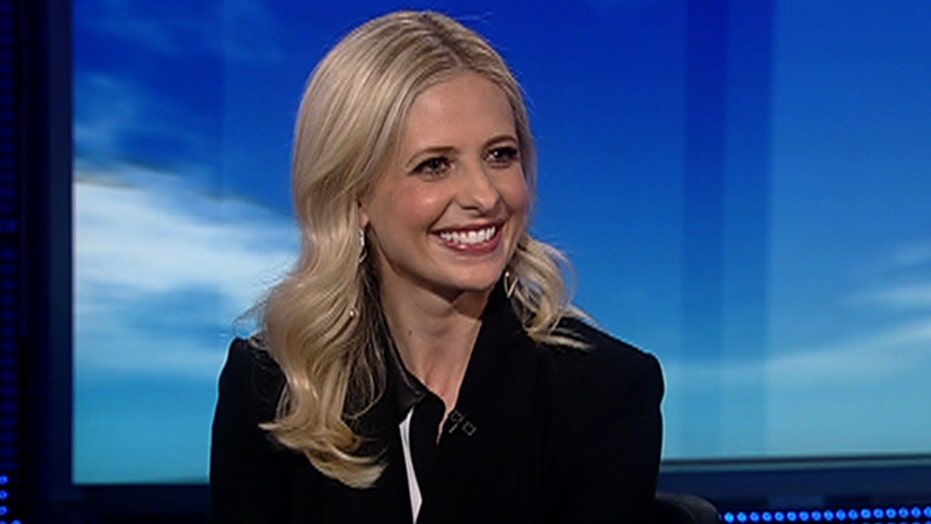 According to the CDC, the U.S. is experiencing one of the largest outbreaks of pertussis or whooping cough in over 50 years. Actress Sarah Michelle Gellar talks to Dr. Manny about the importance of vaccination and the potential dangers this disease has on young children

While slaying vampires and saving the world may be her area of expertise, television and movie star Sarah Michelle Gellar said she was slightly overwhelmed when she had to tackle a subject she previously knew little about: children’s health care.

Gellar is a mother to 3-year-old daughter Charlotte and son Rocky, who was born in September, and she said keeping them healthy has been one of the trickiest aspects of being a parent.

“Someone told me when they start pre-school, they’ll be sick within the first six months,” said Gellar, who is famous for portraying Buffy the Vampire Slayer in the cult TV series of the same name.  “And sure enough, when my daughter started pre-school, she was sick for pretty much six months straight.  I thought that I would have a chair at the pediatrician’s office with my name on it, I had been there so much.”

One daunting task for Gellar was delving into the world of childhood vaccinations and trying to understand the safest and most effective options for her kids.  Now having learned about the health dangers that face small children, Gellar has made it a priority to get her entire family vaccinated against pertussis – a serious illness, also known as whooping cough, that has been on the rise in the United States.

While her family’s health is her chief concern, Gellar also wants others to follow her example.  Hoping to raise awareness about the importance of getting vaccinated, Gellar has teamed up with the Sounds of Pertussis Campaign, a crusade launched by Sanofi Pasteur and the March of Dimes that focuses on the dangers of pertussis and what parents can do to prevent their children from getting this potentially deadly disease.

“I’m just like everyone else out there,” Gellar said.  “I’m a mom trying to keep my kids healthy, but I also have access to so much information that I can then go through it all and make it easier for people to understand.  You’re talking about an illness that doesn’t have to exist.  The only way to help fight against it is to get the vaccine, and that’s a simple way.”

A serious respiratory illness, pertussis presents in infants and children like a common cold, with symptoms of a runny nose or congestion and sneezing.  But if left untreated, the disease can progress into severe coughing that forces air out of the lungs – causing pertussis sufferers to inhale with a large “whooping” sound.

According to the Centers for Disease Control and Prevention, America is experiencing one of the largest outbreaks of pertussis cases within the past 50 years, with more than 41,000 cases and 18 deaths reported in 2012.  Infants younger than 1 year of age are particularly vulnerable to the outbreak, since they do not begin receiving their own vaccinations until they are 2 months old, and they aren’t fully protected from the disease until they have received at least three doses.  This danger is compounded by the fact that infants with pertussis are often in need of hospitalization, and some can go on to develop life threatening pneumonia.

Gellar said this is why it is just as important for parents and teenagers to stay up-to-date on their vaccines in order to eliminate the possibility of passing pertussis on to small babies.

“You look at the statistics, and they can track it back,” Gellar said.  “Eighty percent of the children who came down with it, they can track it back to a family member that brought it in, and 50 percent were the actual parents.  I know there’s nothing worse as a new parent than you thinking that you got your child sick…It’s a simple vaccination for an adult to get every five years, and that’s it.  It’s the only safe way to prevent the child from getting the disease.”

To help families keep track of their necessary vaccinations, the Sounds of Pertussis campaign has created a Facebook application called The Breathing Room, which shows which individuals among a person’s friends and family have pledged to get vaccinated.

As for the concerns that some parents have regarding the safety of vaccines, Gellar said it is important for people to do the necessary research and talk with the right people before making any judgments.  Gellar, along with many health care professionals, maintain there are minimal side effects when it comes to getting the shot.

“I think there’s a lot of misinformation out there about vaccines,” Gellar said.  “People are scared, and I think that if you can bring (information) in a way that people understand the importance, and how simple it actually is, I think people will be more prone to do it.”

To learn more about getting vaccinated against pertussis, visit the Sounds of Pertussis website and the campaign’s Facebook page.