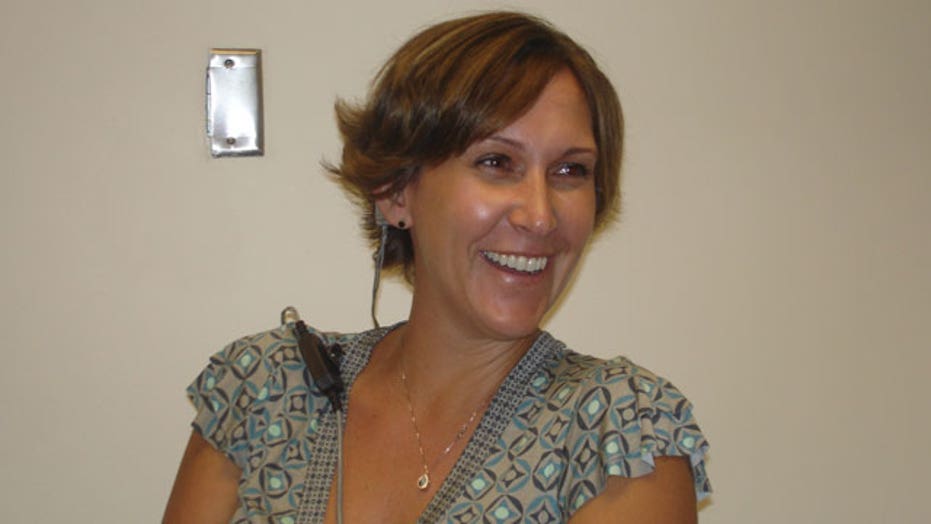 Since being approved by the FDA in 1987, cochlear implants have made huge technological advances. We find out about the latest developments that have deaf and hard-of-hearing patients breaking the silence

Amy Richter and her twin sister were both born with bilateral profound hearing loss, meaning both ears had a loss of 90 decibels or greater.

At two years old, doctors fit the sisters with powerful hearing aids that enabled them to utilize their residual hearing. And by the time they were in junior high, the girls were mainstreamed into a general education setting.

"We had our regular teenage experiences, but with the added factor of the challenges of not being able to hear everything," Richter, now 40, of Los Angeles, Calif., said.

It wasn't until after getting married and having children that Richter started noticing even more hearing loss.

"I went to my son's preschool and we watched the kids run and do an Easter egg hunt. I heard a crackling and a pop, and a crackling sound in my right ear and immediately I thought there was a dead battery because everything went quiet,” Richter said. “So I changed the battery and…I put the battery in and I didn't hear anything."

"It's hard to put that in words because I had relied on technology for so long and all of a sudden that technology wasn't going to work for me. I had to make a decision and go for something,” she said. “That was going to be a cochlear implant; I had nothing else to lose at that point."

With a cochlear implant, sound travels through a microphone to a mini-computer called a processor. The sound is converted into digital information, which is sent to a surgically implanted magnet in the bone behind the ear. The implant turns the information into electrical signals that travel to the inner ear, stimulating the auditory nerve, allowing patients to hear.

The process of becoming an approved candidate for a cochlear implant can be lengthy, but once approved, the outpatient surgery can be done in as little as three hours. After about a month of healing, the processor is turned on and levels are adjusted.

Dr. Alison Grimes, the director of audiology at UCLA Medical Center in Los Angeles, said cochlear implant technology has changed drastically since being approved by the U.S. Food and Drug Administration in 1987.

"Early on, they started as experimental devices and the person who had the implant was tied by a cord to a computer or a programming device,” Grimes said. “When they first became wearable, they were large and somewhat ungainly, and they delivered limited signal. That’s really all they were capable of."

Now, current models have Bluetooth capacity, remote controls and can even sync with smartphones and iPods.

An FDA study at UCLA is testing a hybrid hearing device to give patients an even better range of hearing.

"By combining two devices, or two processing systems into one device, we will do a much better job of delivering all the pitches of music and of speech to the listener," Grimes said.

Since her surgery in 2007, Richter has kept up with the latest in cochlear implant technology.

Her most recent model has a waterproof processor – the first of its kind –  and can be worn while swimming, bathing and exercising. She said it’s perfect for days at the water park with her family.

Health experts agree that cochlear implant surgery is a very personal and important decision process. Richter said she shares her story to give others information and hope.

"If you told me even before I lost my hearing that, ‘Losing your hearing would be the greatest thing that ever happened to you,’ I wouldn't believe it. I think that's silly,” she said. “But, when I did have my first processors, and after being implanted with the second, it was only three years later that I was exposed to the waterproof processor. It just makes me even look more forward to what's coming next."