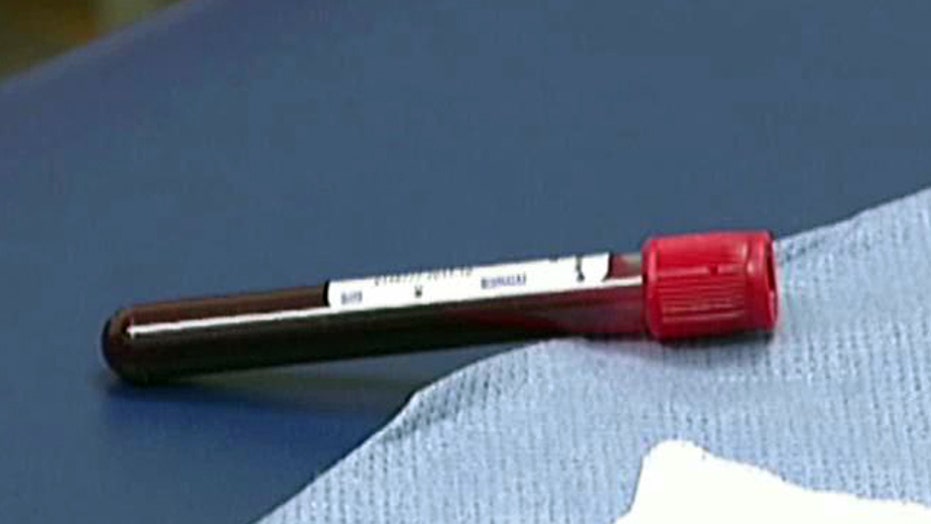 Potential breakthrough could lead to an early diagnosis

Scientists have developed a blood test that they say could lead to an early diagnosis of Alzheimer's disease and other forms of dementia in elderly people long before the symptoms of the disease begin to manifest themselves.

A team led by Dr. Howard Federoff of the Georgetown University School of Medicine has developed a test based on measuring the levels of ten fatty chemicals -- commonly called lipids -- in the blood. As membranes of the brain cells affected by Alzheimer's begin to break down, the levels of the lipids decrease.

The Georgetown team analyzed blood samples from 525 volunteers, all of whom were over the age of 70. Halfway through a five-year period, the team compared blood samples from 53 patients who were already affected by either Alzheimer's disease or mild cognitive impairment (MCI) with samples from 53 patients who were "cognitively normal." They found that analyzing the lipid levels could predict with 90 percent accuracy whether patients went on develop MCI or Alzheimer's within three years.

"We consider our results a major step toward the commercialization of a pre-clinical disease biomarker test that could be useful for large-scale screening to identify at-risk individuals." Dr. Federoff wrote.

Other researchers said that offering such a test would create an ethical dilemma for doctors.

"Having such a test would be an interesting development, but it also throws up ethical considerations," Dr. Doug Brown, director of research and development at Great Britain's Alzheimer's Society, told the Independent. "If this does develop in the future, people must be given a choice about whether they would want to know, and fully understand the implications."

The full study will be published in the April issue of Nature Medicine.