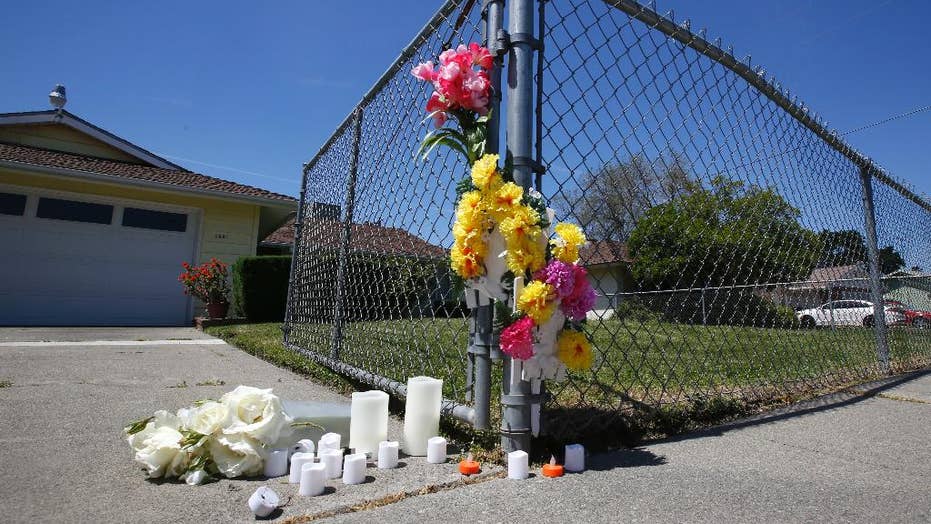 For Mark Johnson, the mere memory still conjures up deep-seated anger. In 2016, his then-102-year-old blind aunt tumbled down the stairs of her New Jersey home to her death after being left unattended by her caregiver, a member of the extended family.

However, Johnson lamented, what he chalks up to “elder abuse” had been going on for some time.

“We watched the caregiver steal all of our aunt’s money, she was taken advantage of and manipulated and wasn’t able to leave the house,” he told Fox News, noting that efforts to put a stop to the alleged behavior proved more convoluted and challenging than meets the eye.

His frustrations and the plight of his aunt are far from unique cases in the United States. Elder abuse is chillingly widespread and can range anywhere from physical and sexual abuse, to emotional abuse, confinement, stealing money, negligence and abandonment.

And it's slated only to get worse with the aging U.S. population.

Last week, United Nations independent human rights expert Rosa Kornfeld-Matte cast a distinct spotlight on the notion that the elderly are often victims of sexual abuse and rape, and for the most part it is never reported, detected nor exposed.

“The sexual abuse and rape of older persons is a subject rarely discussed, but nevertheless is a reality,” Kornfeld-Matte stated. “Sadly, most abusers are family members, relatives or other confidants typically in caring positions.”

The human rights experts cautioned that the “invisible” and “taboo” issue is likely only to “grow dramatically” as a larger segment of U.S. society reaches senior citizenry, and underscored that the existing effort to decipher and prevent the widespread abuse remain far from adequate.

According to the U.S. Department of Health and Human Services’ Administration for Community Living, as many as 1 in 10 older Americans are subject to abuse or neglect every year.

“Some estimates range as high as 5 million elders who are abused each year. One study estimated that only one in 14 cases of abuse are reported to authorities,” the National Center on Aging (NCOA) stated, noting that in around 60 percent of incidents the perpetrator is a family member and two-thirds of perpetrators are adult children or spouses. “Elders who have been abused have a 300 percent higher risk of death when compared to those who have not been mistreated.”

Those suffering from mental impairment such as Alzheimer’s disease and dementia, in addition to those elders deemed to be socially isolated, are considered to be especially vulnerable to victimization.

In particular, the AARP Public Policy Institute has pointed to financial exploitation as one of the most prevalent forms of elder abuse — with as many as 1 in 5 targeted at a collective average loss of $3 billion on a yearly basis.

Carol Silver Elliott, left, CEO of Cedar Village retirement community, and caregiver Kim Bauer, right, talk with an elderly woman that has suffered abuse by a relative, at the facility in Mason, Ohio. (The Associated Press)

In recent years, U.S. banks have become more involved in the effort to curb such a means of elder abuse and fraud. In 2017, the Financial Industry Regulatory Authority (FINRA) issued new rules to assist financial advisors in conversations with older customers “about cognitive decline,” and, according to the American Bankers Association (ABA), financial institutions are working diligently to monitor customer activity to detect anything that might be suspicious.

After an assessment, the bank may then file a Suspicious Activity Report (SAR) and contact law enforcement or Adult Protective Services.

“As the population continues to age, banks are increasingly adopting creative approaches to help protect their older customers. Banks of all sizes are taking their role seriously, and are taking proactive approaches to address this problem day in and day out,” said Corey Carlisle, executive director of the ABA Foundation.

As it stands today, people over the age of 50 account for 61 percent of bank depositors. Seventy-one percent of all banks require additional, specialized training to spot and report elder financial fraud, Carlisle stressed.

“The most common type of elder abuse I have witnessed is ‘misappropriation of funds.’ Most of what I have encountered has to do with family members or close friends stealing from the individual,” observed Jess Brown, a 33-year-old Houston, Texas-based Nursing Home director who previously worked in geriatrics in Orlando, Florida.

Brown highlighted that – second to financial theft – the most frequent form of abuse she has seen is centered on neglect, namely family members not knowing how to or unwilling to sufficiently care for their loved ones. But there are also those who don’t have close friends and family to advocate on their behalf, who too slip through the cracks.

“There was one home I ran a few years ago where most of the residents who lived there had no family or friends and were in neglectful situations before coming to us. Many of those neglectful situations were what are known as Personal Care Homes,” she said. “These have minimal regulation and sadly, it is common to see a resident living in a home with 4-6 individuals without proper care so that owners can pocket their social security check.”

In Brown’s view, the only way forward in halting the large-scale problem is if more Americans can be mindful in looking out for the signs and ensuring all people have a trusted person to fight on their behalf, family or otherwise.

“We, as humans and Americans, can stop elder abuse by having a caring individual involved enough to be an advocate for the elderly person in need,” she added. “Is it my responsibility as an administrator to ensure the safety of all my residents and staff.”

If you suspect that an older adult is being subjected to abuse or mistreatment, you are urged to contact a local Adult Protective Services office or police. More information is available from the Eldercare Locator website or by calling 1-800-677-1116.