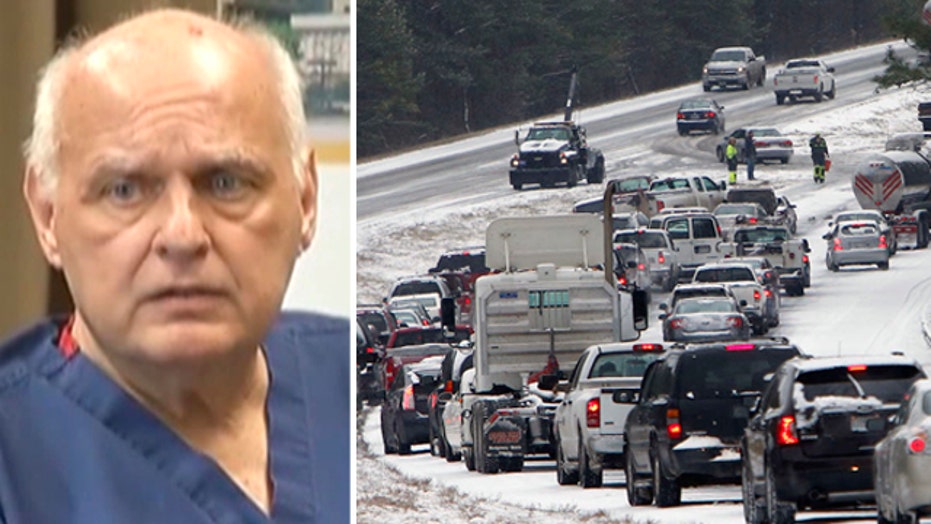 Alabama surgeon treks through snowstorm to save dying patient

An Alabama neurosurgeon was at Brookwood Medical Center when he was needed six miles away for emergency brain surgery at Trinity Medical Center.

Dr. Zenko Hrynkiw set off in his car but a rare snowstorm locked down traffic and he didn’t get farther than a few blocks.

Dressed in his hospital scrubs, the 62-year-old got out of his car and walked the rest of the trip in freezing temperatures.

“He had a 90 percent chance of death,” Hrynkiw said of the patient who had gone unconscious.

Hrynkim said that if the patient did not have surgery he would have died, “and that’s not going to happen on my shift.”

Hrynkiw, Trinity’s only brain surgeon told reporters that the trip “really wasn’t that big of a deal,” according to AL.com.

“It was kind of a nice day for a walk,” he said, describing the trip as “kind of a fun journey.”

Steve Davis, the charge nurse in the neuro intensive care unit at Trinity had alerted authorities that Hrynkiw was walking.

“The police were looking for him,” said Davis, but despite supposed sightings couldn’t locate him and didn't make contact with him until hours later.

“He finally called me and said, ‘Where’s the patient? What’s the status?’” Davis said.

“He spoke to the family and went off to surgery.”

The patient is reported to be doing well.

The extreme weather Tuesday has been blamed for five deaths in Alabama and it stranded untold thousands away from their homes.