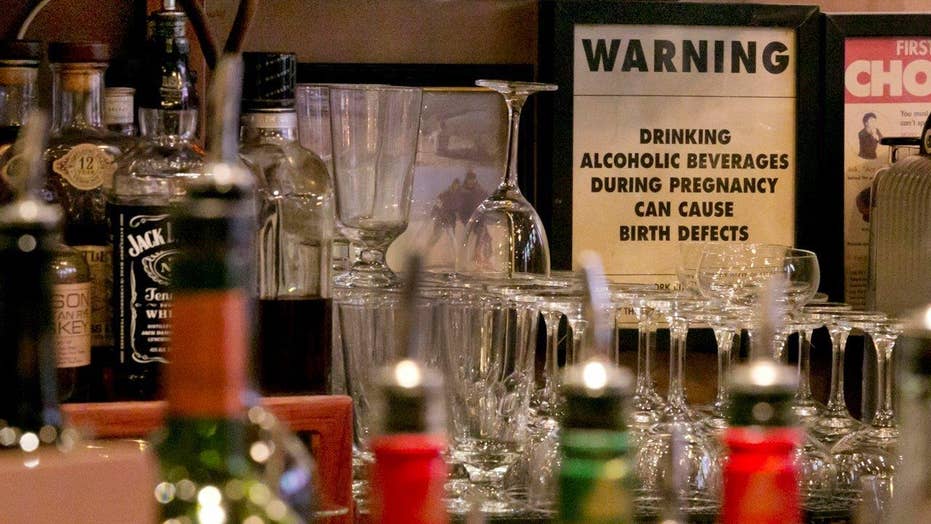 Fox Foodie: Panel discusses New York guidelines that prohibit laws from refusing to serve alcohol to pregnant women; plus Guy Fieri defends his 'do, and Japan is opting for steak over tuna

The city Human Rights Commission guidelines, set to be released Friday, outline a variety of anti-discrimination measures and expound on a 2013 law that mostly concerns protections for pregnant workers.

But the guidance also warns against bouncers refusing to let mothers-to-be into bars or restaurants refusing to serve them alcohol, which the U.S. Surgeon General and major medical associations say women should avoid during pregnancy.

"Judgments and stereotypes about how pregnant individuals should behave, their physical capabilities and what is or is not healthy for a fetus are pervasive in our society and cannot be used as pretext for unlawful discriminatory decisions" in public venues, the new guidelines say.

If perhaps unusual, complaints from pregnant women about bar policies aren't unheard-of: The commission is currently looking into one case concerning a pregnant woman denied entry to a bar or club, said Lauren Elfant, an agency lawyer. She wouldn't give more detail because the case is open.

How to treat women who use intoxicants of various sorts has long been debated in the U.S. Some states have laws allowing authorities to detain or bring criminal charges against women who use illegal drugs while pregnant.

New York City requires restaurants to post warnings that drinking alcohol during pregnancy can cause birth defects. Commission officials say such health decisions are up to the woman, not a bartender.

Under federal law, employers must treat pregnant workers the same as any other temporarily disabled worker when it comes to allowing light duty and other accommodations. New York City's 2013 law goes further.

It requires all but very small employers to accommodate reasonable pregnancy-related requests - such as minor work schedule changes, providing a chair or letting workers eat at their desks - even if other employees can't do the same without a doctor's note saying they need it. There are exceptions if accommodating the expectant mother would unduly strain the employer financially or operationally, or if the employee can't do her job, no other comparable jobs are available and a lesser post or an unpaid leave is unworkable, the guidelines explain.

"Far too often, pregnant employees are denied basic accommodations in the workplace, unnecessarily putting their pregnancy and health at risk," Human Rights Commissioner and Chair Carmelyn Malalis said in a statement. She suggested the guidance also gives employers a legal how-to for navigating a sometimes touchy subject.

Women's advocates have hailed the city's law. But the Partnership for New York City, an influential business group, has portrayed it as an unnecessary measure that could spur frivolous lawsuits from disgruntled workers.