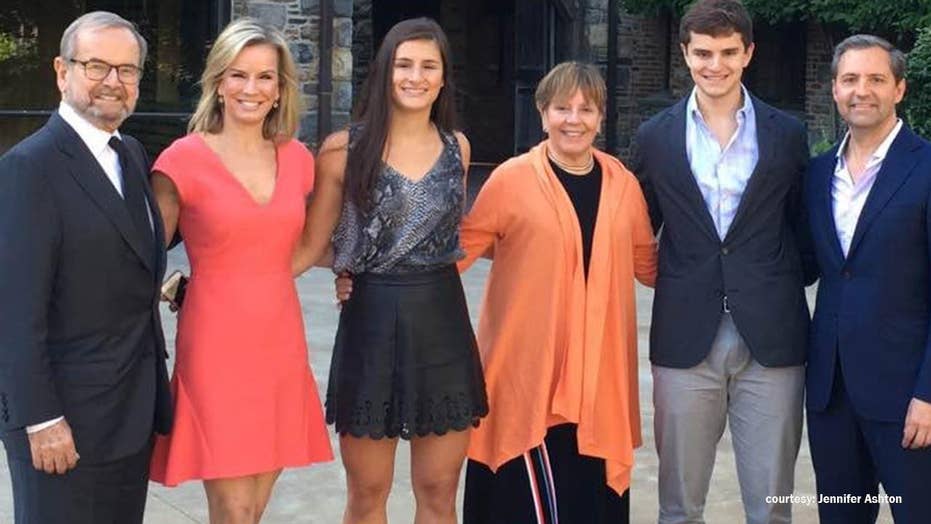 ABC News' chief medical correspondent, Dr. Jennifer Ashton, sits down with Dr. Manny Alvarez to discuss her new book 'Life After Suicide: Finding Courage, Comfort, and Community After Unthinkable Loss,' and learning to cope with tragic loss after her ex-husband took his own life in 2017.

Suicide is a leading cause of death in the United States, with nearly 45,000 such deaths recorded in 2016. Dr. Jennifer Ashton, ABC News’ chief medical correspondent, personally knows the harrowing toll that suicide takes on loved ones and survivors left behind after her physician ex-husband took his life in Feb. 2017.

In her book “Life After Suicide: Finding Courage, Comfort, and Community After Unthinkable Loss,” Ashton notes that Dr. Rob Ashton, a former thoracic surgeon and the father of her two teenage children, did not show any of the classic signs of depression before deciding to end his life. And while the pair had recently finalized their divorce, she said they had ended things amicably and had been texting about their son’s illness up until the day before he committed suicide.

“This came out of nowhere,” Ashton told Fox News. “When we’re in medical school, we learn signs of major depression — Rob had none of them.”

Ashton, who had been married to Rob for 21 years, immediately began therapy with her children to help them cope with the sudden death of their father. She said that being a physician can make it difficult to ask for help, but that she knew the importance of accepting it for herself, and for the sake of her children. As a practicing OB-GYN, she also knew that she had to get back to her patients.

“I learned that, as my therapist says, ‘if you resist, it will persist,'” Ashton said. “Saying ‘I’m just not going to deal with these feelings and this pain,’ and trying to put it in its own little corner does not work, and it only hurts you down the road.”

She said her children, who were 18 and 17 at the time of their father’s death, quickly concluded that they couldn’t be angry with their father over the way he died.

“They were incredibly close with Rob, he was an amazing father and right away they both realized and articulated that, dad had a disease – like cancer – that killed him. No different. And just like you wouldn’t be angry at a person who dies of cancer, they are not angry at their father for dying of suicide and untreated depression,” Ashton said. “That, I think, is a lesson for all of us.”

While noting her experiences with her own therapist in the book, Ashton also sought advice from other suicide survivors like Melissa Rivers, daughter of Joan Rivers, who lost her father at a very young age. She spoke to military spouses and grieving parents, noting that she could learn from every survivor’s story, and she discovered that some good could come from tragedy.

“There is the potential for something called ‘post-traumatic growth,’ which is being in the TAPS organization for the military – that a trauma like this actually has the potential to make you a better person,” Ashton said. “And I’m really proud to say that with therapy my children and I have such a much deeper appreciation for life and understanding for ourselves.”

Ashton said she first realized the impact she could have in speaking about suicide after covering fashion icon Kate Spade’s death for “Good Morning America.” Following her segment, she said she received hundreds of messages thanking her for sharing her story.

Ashton, who believes the number for suicide prevention should be taught alongside lessons about dialing 911, said she is donating the proceeds of her book to the American Foundation of Suicide Prevention.