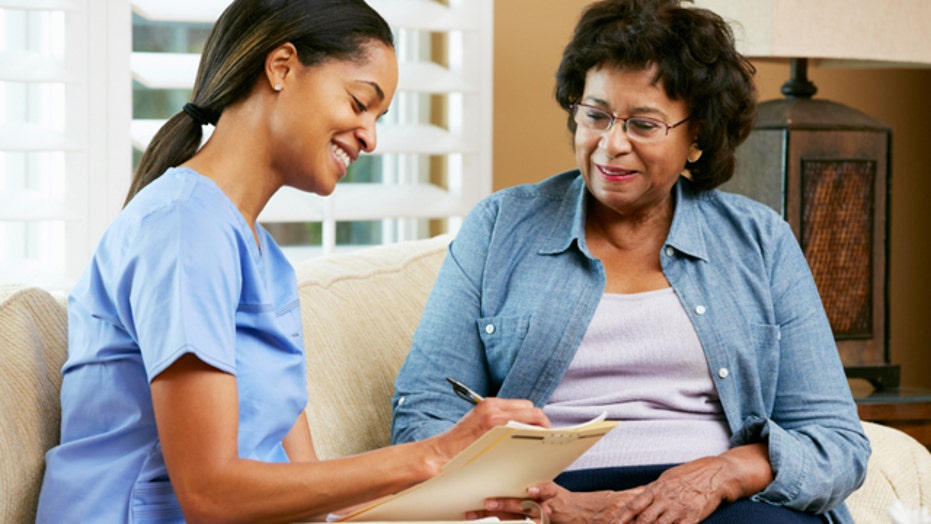 Ways everyone can fight Alzheimer’s

It’s a story we hear too often – a once vibrant person is ravaged by Alzheimer’s disease while their family is forced to watch. Dr. Manny talks to the author of “Her Beautiful Brain,” Ann Hedreen, about ways everyone can volunteer to help fight Alzheimer’s disease

Remember candy stripers? Those sweet hospital volunteers in the red and white striped pinafores, who delivered flowers and fluffed pillows and read stories to patients? I was one, mercifully briefly, when I was 14.

I came from a healthy family and had never seen people who were very ill. I didn’t know what to say to them. I would rush in, deliver their flowers, and rush out. I was surely one of the worst candy stripers in candy striper history.

But I learned an important lesson: if you want to volunteer, make sure it’s something you’ll be able to stick with.

Before my mother was well into the late stages of Alzheimer’s disease, it never occurred to me that participating in medical research was a type of volunteering I could and should consider. But when I called the nearest Alzheimer’s research center to see if I could set up some interviews for the documentary film my husband and I were making, the nurse who returned my call suggested I consider volunteering as a control subject.

And so I did. I took memory tests. I was given a neurological exam. And—the scariest part—I agreed to undergo a spinal tap, which I discovered was not painful and not scary, except for the anticipation. My big job was to curl up on my side and lie still. After I was numbed with a local anesthetic, a doctor drew a few tablespoons of cerebrospinal fluid from my spine. That fluid became 50 samples for use in Alzheimer’s research.

Unlike candy-striping, volunteering for medical research was something I could do. And it felt so, so useful.

In twelve years, I’ve had five spinal taps, an MRI and a PET scan, all for Alzheimer’s research. I also go in for annual memory and neurological exams. Imagine: an English major like me contributing, in my tiny way, to an eventual vaccine, treatment or cure for the relentless disease that killed my mother, that is currently affecting 5.2 million Americans and, as the Baby Boomers age, is well on its way to becoming an epidemic.

Many companies encourage employees to volunteer by giving them time off or flexible hours to do it. This can and should include volunteering for medical research. The need is huge— the Alzheimer’s Association estimates that 50 thousand more volunteers could be enrolled in the more than 130 studies it is currently tracking.

All kinds of volunteers are needed: people who have Alzheimer’s in their family and people who don’t; those who are cognitively healthy as well as those who are having memory problems; people who have other health issues, such as diabetes, that may be a risk factor for Alzheimer’s. Not all studies involve invasive procedures such as spinal taps. Some are focused on exercise, others on watching educational films, still others on participating in blind studies of potential breakthrough medications.

Alzheimer’s is the most expensive disease in the country: $226 billion dollars, this year alone, and that number is expected to increase dramatically, unless we can find ways to prevent, curb or cure it. If you’re ready to find out more about volunteering for research, the Alzheimer’s Association’s Trial Match page is an excellent place to start.

Ann Hedreen is the author of the memoir, "Her Beautiful Brain." She’s also the producer of the film: Quick Brown Fox: an Alzheimer’s Story.