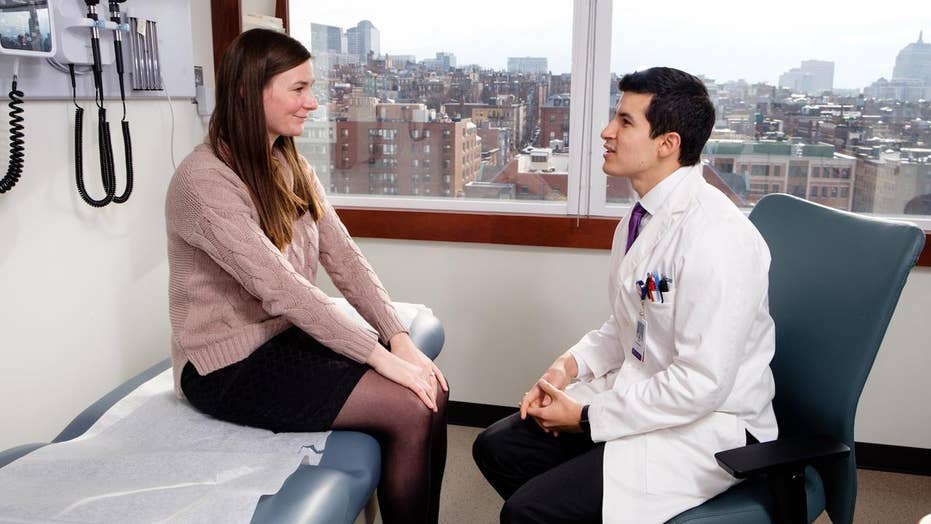 Mirror-touch synesthesia: A doctor who can feel his patient’s pain

What if a doctor could physically feel the pain their patients were experiencing? Dr. Joel Salinas, a neurologist and clinical researcher at Massachusetts General Hospital, can do just that. He has a neurological trait called mirror-touch, a medical mystery that causes him to feel the emotional and physical experiences of other people.

Some doctors have better bedside manner than others. They may sympathize with patients as they tell them their diagnosis in the kindest, gentlest way possible. But what if a doctor could actually physically feel the pain their patients were experiencing?

Dr. Joel Salinas, a neurologist and clinical researcher at Massachusetts General Hospital, can do just that. He has a neurological trait called mirror-touch (MT). A medical mystery that causes him to feel the emotional and physical experiences of other people.

“What I see someone else feel physically and emotionally, my brain makes me literally feel [that] too, so if you’re slapped on your right wrist, I feel like I’m slapped on my left wrist,” Salinas told Fox News.

In his new book, “Mirror Touch: A memoir of synesthesia and the secret life of the brain,” Salinas describes a life full of other people’s emotions and physical sensations.

“Because of mirror-touch, my brain categorizes you and me as the same person and tries to recreate your experience based on the situation and my own past experiences,” Salinas said.

MT is a subcategory of synesthesia, a neurological condition that causes the brain to process data in the form of several senses, all at the same time. In general, it’s a blending of the senses.

The rare condition affects 1.6 percent of the population and neurologists only started considering MT synesthesia a verifiable neurological trait in 2005. It is not like a psychic experience or any other worldly gift. Researchers believe it’s related to an increase activation of the mirror neuron system with larger connectivity in parts of the brain associated with social perception and empathy and less connectivity in areas of the brain that are responsible for making the distinction between our self and others.

“My brain categorizes me and you as the same person,” Salinas said.

In his book, Salinas details dozens of experiences of when he was susceptible to the pain and discomfort of his patients. In one example, he described a patient with Tourette syndrome who developed self-mutilating tics. As the patient violently chewed on the inside of his mouth and pushed his knuckles against his face so hard it began to split apart his mouth, Salinas felt a similar pain.

“As I’m seeing him do this, I feel a pain shooting through my cheek and into my teeth. It’s like there’s a stun gun pushing against my face and being triggered by each one of his ticks,” he explained.

Being a brain doctor with MT may help Salinas share a deeper connection with his patients when it comes to their pain, but it ultimately helps him provide better care for them as well.

In one experience, Salinas was treating a patient with Cerebral palsy who couldn’t speak and was very combative. But Salinas sensed something else was going on.

“I felt this subtle sensation in my chest and this rising kind of feeling in the shoulders. I recommended a CT scan just to be sure and it later showed she had a blood clot in her lungs,” Salinas said. “I wouldn’t have been able to pick up on that if it wasn’t for the mirror-touch.”

Treating patients who pass away is also a difficult and intense challenge, Salinas said.

“It’s almost like all of the physical sensations that I’ve been mirroring just kind of go away, like having been in a room where there’s an air conditioner running in the background and then it just stops. And there’s this eerie silence,” he said.

As a child Salinas said he always had a sense that he was different. He recalled times when he watched cartoons and would feel like he was chewing on a carrot when he watched Bugs Bunny. It wasn’t until Salinas went to medical school that he discovered he had MT and began to harness its benefits to help other people.

“I consider myself to be one of the lucky people with mirror-touch, in that I was able to find a way to apply the touch in my profession and that’s been part of my journey,” Salinas said.

Some people with MT can become total shut-ins where they actually don’t leave their home because the experiences of others is too intense for them, Salinas said.

“We all struggle with communicating, connecting, and especially setting the right boundaries with the people we love and care for, not to mention the people that we work with day to day,” Salinas said. “Mirror-touch opens up a fresh, interesting, and really important path to figure this out because it begins to uncover some of the mystery behind how we relate with one another.”