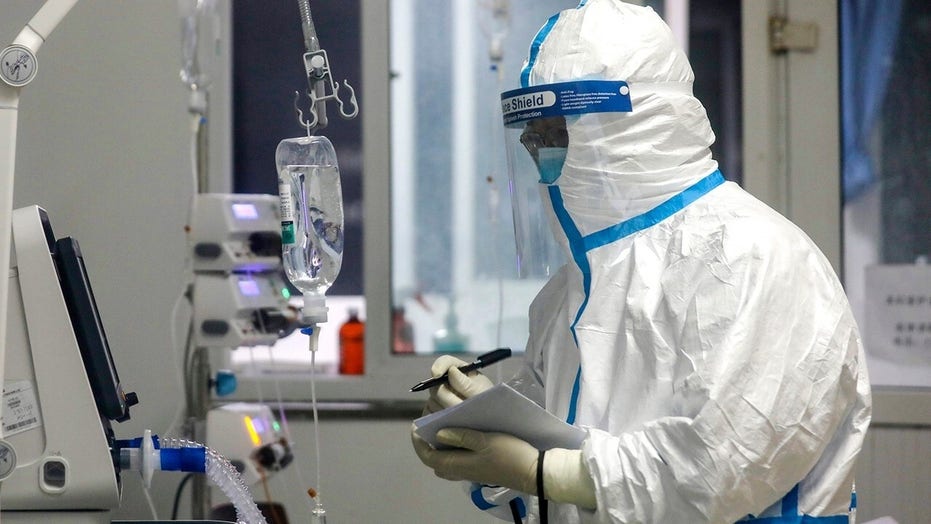 The director at the hospital at the center of the coronavirus outbreak in China has died from the disease; Greg Palkot reports on the latest infection numbers.

There have been 92 cases of human-to-human transmission of the coronavirus in 12 countries outside of China, the World Health Organization (WHO) said on Tuesday, but officials stressed that there is no evidence of “sustained local transmission” except for in specific circumstances, like aboard the Diamond Princess cruise ship in Japan.

“Clearly there has been more transmission than expected on the ship,” Dr. Michael Ryan, WHO’s executive director of health emergencies program, said. “Japanese authorities are adjusting to reality and taking necessary public health measures to evacuate people and deal with their follow up.”

The update comes as officials tallied over 73,250 cases of the virus around the world, which has resulted in at least 1,868 deaths. Only five of those deaths have occurred outside of China, including in Hong Kong.

On Monday, two U.S. State Department-chartered planes carrying more than 300 Americans who were passengers on the ship, including 14 who had tested positive for the coronavirus, landed at military bases in California and Texas. Officials said that the 14 confirmed cases were asymptomatic while on the flight and isolated from other passengers.

CORONAVIRUS OUTBREAK: WHAT TO DO IF YOU THINK YOU'VE CONTRACTED THE NOVEL VIRUS

The largest concentration of cases recorded outside of China occurred onboard the Diamond Princess cruise ship, which served as a floating quarantine for the 3,711 passengers in the Japanese port of Yokohama. At least 542 of the passengers tested positive for the virus, drawing criticism from scientists over whether the two-week quarantine aboard the ship was the right move.

“Obviously the quarantine hasn’t worked, and this ship has now become a source of infection,” Dr. Nathalie MacDermott, an outbreak expert at King’s College London, told The Associated Press. “We need to understand how the quarantine measures on board were implemented, what the air filtration on board is like, how the cabins are connected and how waste products are disposed of.”

Several of the cases involving human-to-human transmission were also recorded in the U.S., with one involving a Chicago couple who have since made a full recovery. The other involved a California couple in San Benito County. The husband had recently traveled to Wuhan where he was infected with the illness, and later transmitted it to his wife when he returned to the U.S. Both patients remained in their home.

Ryan said that WHO is continually asking countries to share additional data regarding the transmission of the virus, but that it has proven difficult in some instances for several reasons. He added that the health agency is working with major donors on strategic investments in regard to vaccine development, which was echoed by WHO chief Dr. Tedros Adhanom Ghebreyesus.