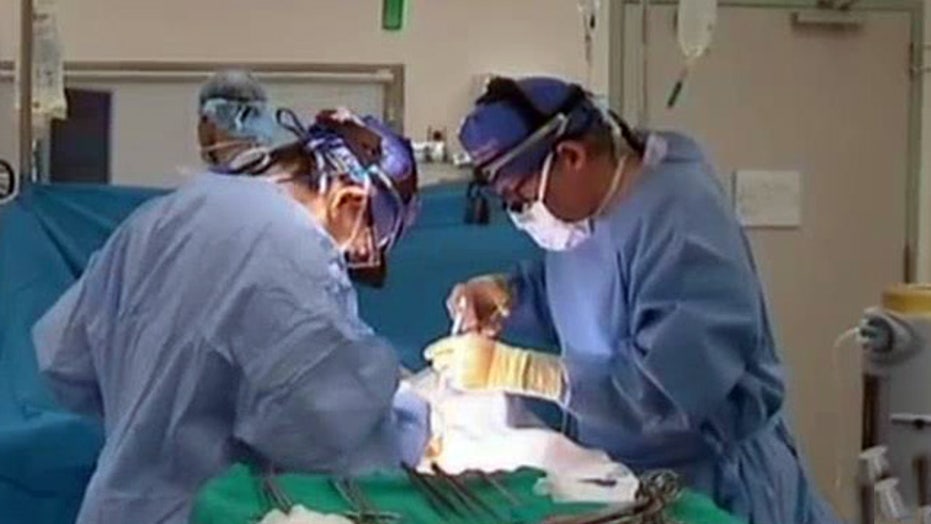 Matches were made using a software program created by David Jacobs

Doctors at a San Francisco hospital on Friday completed kidney transplant surgeries in a rare organ-transplant chain from living donors that resulted in healthy kidneys going to six sick people.

The group of 12 donors and recipients, ranging in age from 24 to 70-years-old, were recovering after their operations at California Pacific Medical Center, said hospital spokesman Dean Fryer.

"All the surgeries went smoothly. Everybody is now in their recovery rooms and getting some well-deserved rest," Fryer said, adding that donors typically can be released in two to three days and recipients in three to five days.

The first round of operations began on Thursday and all the surgeries were completed by late Friday afternoon, Fryer said. Five surgeons and dozens of hospital staff were on hand for the two days of procedures, he said.

Among those recovering from Thursday’s surgery was Zully Broussard, 55, of Sacramento, California, a so-called altruistic donor who had triggered the domino effect.

Broussard, whose son and husband both died of cancer, offered to donate a kidney to a friend, but the friend ultimately had to use another donor, according to hospital officials.

Broussard was still willing to donate, so she was matched with a man she did not know from Benicia, California. That man's sister-in-law, who was not a match for him, agreed to donate her kidney to a Fresno woman, while her son, in turn, would be a donor for another woman, and so on.

This was the largest kidney swap in the 44-year history of California Pacific's transplant center. In 2011, the hospital became the state's first to do a five-way swap, Fryer said.