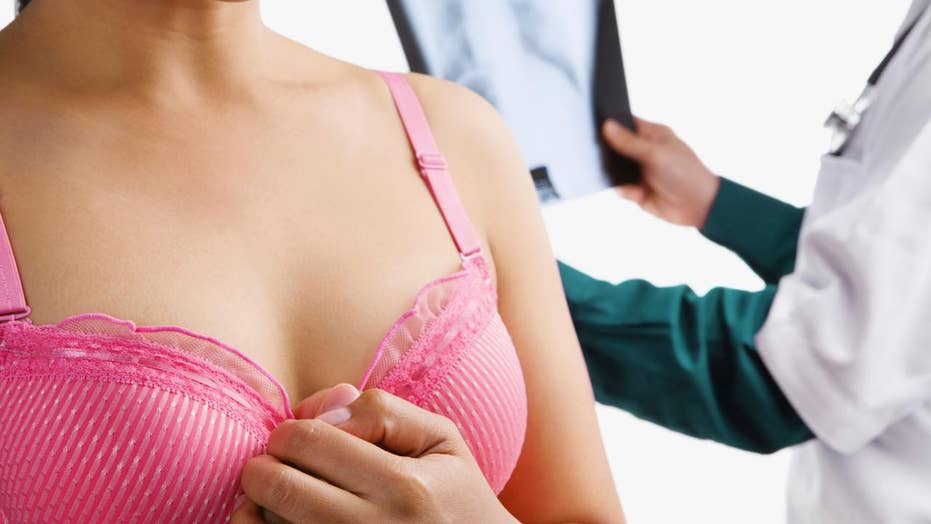 You’ve probably heard of the BRCA gene mutations, perhaps thanks to celebs like Angelina Jolie and Christina Applegate.

You might have even considered getting tested yourself: The proportion of women without a history of breast cancer who underwent BRCA testing rose from about 24 percent in 2004 to over 60 percent in 2014, according to a study published this past March in the American Journal of Preventive Medicine. While that might sound a good thing, it's a bit more complicated.

For starters, not everyone needs to get tested, as these gene mutations are still fairly rare, affecting only about 1 in 400 American women. And the test, while incredibly useful to many people, won't definitively tell you if you're doomed to develop breast cancer or guaranteed to avoid it.

“Knowledge is power: The more women know about BRCA testing, the more likely they are to make healthy decisions for themselves,” said Susan Klugman, MD, director of reproductive and medical genetics at the Montefiore Health System Medical Center in the Bronx and a director of the American College of Medical Genetics and Genomics. Here are six things to know.

1. You can test positive and not get breast cancer—and vice versa.

“I’ve had [young] patients with breast cancer test positive for a gene mutation and then, when we test their mothers, we learn that they are also carriers of these mutations but are in their 60s or 70s and have never developed any cancers,” said Mary Freivogel, MS, CGC, president of the National Society of Genetic Counselors. Researchers are mystified as to why, but one theory is that there may be other “modifier” genes that either dial up or down your risk.

The flip side is that it's possible to test negative for the BRCA gene mutation and still end up with breast cancer. All women have at least a 1 in 8 chance of developing it during their lifetime, and only 5-10 percent of cases have any known hereditary link. Even in families where cancer runs rampant, BRCA mutations aren't always present, points out Freivogel.

That’s why it’s important to follow screening guidelines from groups like the American Cancer Society, which advise starting yearly mammograms by age 45. (If you have a family history of breast cancer or other risk factors, your doctor may advise you to start screening earlier.)

2. If you do test positive for a mutation, mastectomy isn’t your only option.

Angelina Jolie made headlines in the New York Times in 2013, when she wrote about having a preventative double mastectomy after learning she carried the BRCA1 gene mutation. This type of surgery has been shown to reduce the risk of developing breast cancer in women with either BRCA gene mutation by 95 percent. If that sounds too drastic to you or it isn't financially feasible (your health insurance might not cover preventive surgery), you can also choose a more conservative strategy. One option is to get both an MRI and mammogram each year, usually starting at age 30, said Klugman.

You can also speak to your doctor about taking tamoxifen, a drug approved by the U.S. Food and Drug Administration (FDA), notes Klugman. Research shows it can cut the risk of breast cancer substantially, possibly by as much as 49 percent if you're at high risk of the disease. Ask your doctor to explain the drug's benefits and side effects, which sometimes include nausea and hot flashes.

Although many people think of it as the "breast cancer gene," BRCA is also closely tied to ovarian cancer. About 39 percent of women with the BRCA1 mutation and 11 to 17 percent with a BRCA2 mutation will develop ovarian cancer. If you test positive, you might consider following Christina Applegate's lead and removing your ovaries and fallopian tubes. (As many as 70 percent of women in the U.S. who learn they have BRCA mutations choose to do so.) A 2014 study published in the Journal of Clinical Oncology found that this surgery reduced ovarian cancer rates by 80 percent.

“Unlike breast cancer, we don’t have very good screening tests when it comes to ovarian cancer, particularly early stage ovarian cancer,” said Klugman. “I’ve found that patients are much more accepting of taking out both ovaries and accept that at a much higher rate than preventative mastectomy. A lot of that is due to the fact that, unlike a mastectomy, it’s not readily visible.”

4. You can inherit BRCA gene mutations from your dad’s side of the family.

Fifty percent of your genes come from your father, so it makes sense that if his mother and grandmother died of breast cancer, you’re at greater risk too, said Klugman. If there’s a history of breast cancer in two or more close relatives on dad’s side, such as his mom and aunt, or his sister, ask your physician for a referral to a medical geneticist or a genetic counselor to see if you need to undergo testing.

Other red flags to watch for, on either side of the family tree: a male relative with breast cancer, a family member with both breast and ovarian cancer or bilateral breast cancer (in both breasts), or any relative with ovarian cancer. You should also be on high alert if you're of Ashkenazi (Eastern European) Jewish ancestry and have a close relative with breast, ovarian, or pancreatic cancer. These factors don’t necessarily mean that you have a BRCA gene mutation, but it's worth talking to an expert to find out if you should be tested.

5. If your mom has breast cancer, you shouldn’t just race into BRCA testing.

Ideally, the family member who had cancer will get tested first, said Freivogel. If your mom had breast cancer and she tests negative, you probably won’t benefit from the test because she couldn't have passed that mutation on to you. (And if she tests positive, there's even more impetus for you to get tested.) But “every family is different,” said Freivogel. There may be other reasons why you need testing: For example, if your father has first-degree relatives with both breast and pancreatic cancer. That’s why meeting with either a genetic counselor or medical geneticist to assess your individual risk is so important.

6. There are other breast cancer gene tests out there.

Over the last few years, researchers have found other inherited gene mutations that increase the risk of breast cancer, including ATM, CDH1, PALB2, and TP53 (p53). Some of these also increase your risk of developing other types of cancers.

If you’ve had the BRCA test in the past and it came back negative, you may want to consider some of these newer tests, which are usually offered as part of an expanded gene panel. “The technology has changed so much in just the last few years, that even if you were screened just two or three years ago it’s worth going back to your genetics provider and asking about more testing,” advised Freivogel.