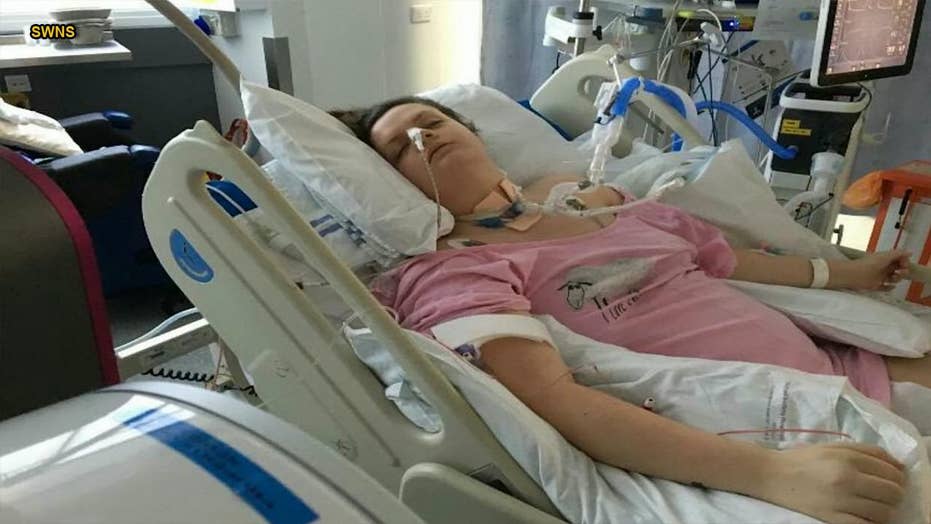 After initially being diagnosed with tonsillitis, 21-year-old Emily McDonald was diagnosed with Guillain–Barré syndrome and spent eight months in the hospital. Emily's immune system finally started to fight back against the deadly disorder and today she is back on her feet and hopes to inspire others.

A woman ended up having the scare of her life after what she thought was tonsillitis turned out to be something potentially deadly.

21-year old Emily McDonald, was left devastated after battling what she thought was tonsillitis but was the potentially deadly disorder Guillain-Barre syndrome (GBS). (© Emily McDonald / SWNS.com)

Emily McDonald was initially diagnosed with tonsillitis after a sore throat and feeling run-down. But a month later, she felt 'unusually painful' pins and needles in her hands and feet, and wound up in the hospital.

The 21-year-old told SWNS, "It was only when I needed a wee in the middle of the night and my body literally would not move that I started to panic.”

The British woman could not move her body and the right side of her face dropped.

Initially, doctors said Emily would not need to be hospitalized, but Emily’s mother insisted that she be seen by a neurologist. (© Emily McDonald / SWNS.com)

Initially, doctors said she would not need to be hospitalized, but Emily’s mother insisted that she be seen by a neurologist. It was at Sheffield Hospital, South Yorks, that she was finally diagnosed with Guillain–Barré syndrome (GBS).

According to the Mayo Clinic, GBS is rare disorder in which the body's immune system attacks the nerves. Weakness and tingling in your extremities are usually the first symptoms, which could eventually paralyze the entire body. Most people with the condition must be hospitalized to receive treatment.

Emily’s condition grew to be so bad, her lung had deflated and she needed to be on a life support machine.

She said, "I was so scared, I couldn't really hear what was happening and my vision was blurry.”

"I was being fed and given water through tubes and had a catheter fitted, I remember my mom holding my hand and I knew by the look on her face she thought I was going to die," she recalled.

After eight weeks in ICU on 10 different medicines, Emily's immune system started to fight the deadly disorder. She spent a total of eight months in the hospital, including her 21st birthday on May 26, when her family and friends came and threw her a Harry Potter-themed party.

She was finally discharged from the hospital on Sept. 19 in a wheelchair.

Determined to walk again, she worked with a physical therapist and is able to walk short distances.

She said, "I saw a physio every day and spoke to other GBS sufferers online; hearing about their journeys really inspired me.”