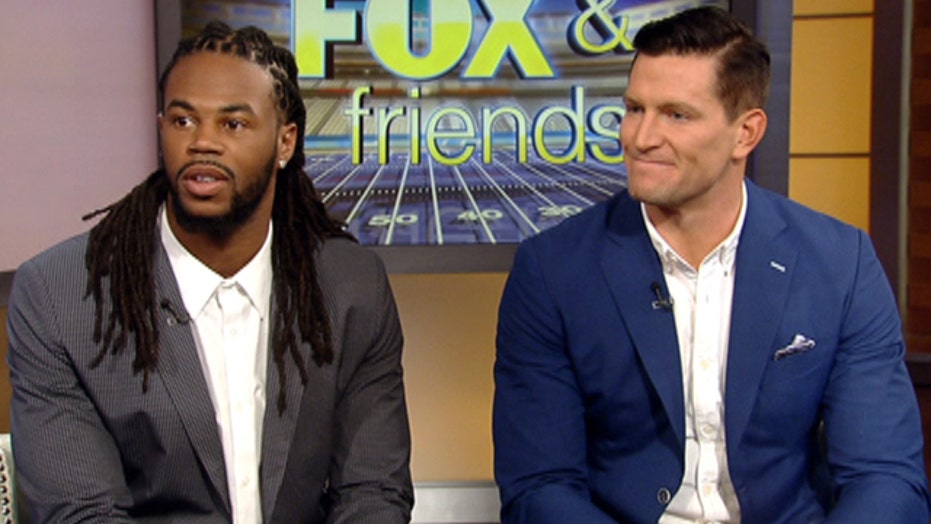 Two more NFL football players have announced their intention to donate their brains to science after their deaths, so that more research on a degenerative brain disease found in athletes and others with a history of brain injuries can be done.

Rice, who retired at age 27 and estimates that he’s sustained 10 concussions over his lifetime, said that he suffered his first when he was just 8 years old.

Rice went on to applaud the league for adjustments they’ve made regarding player safety, and noted the changes that have been made since he entered the league in 2007.

“Nobody was really paying a lot of attention to the concussions. Guys would get hurt, get a concussion and go right back into the game,” Rice said. “Now they’re taking a lot more steps, a lot more tests before you can get back out on the field.”

While Weatherford believes that he’s only sustained two concussions over his 10-year career, he intends to donate his brain so that researchers can compare his brain with another brain that has sustained more traumatic injuries.

“I’m in it more to help generations after us,” Weatherford, who also told Fox & Friends of his intention to keep his son out of contact football until he is 16.

“We only have one body, and you can always get surgery on your knee or ankle, or a hip replacement but you only get one brain, there’s no transplant for that,” he said.

Rice echoed Weatherford’s stance on allowing his children to play, and credited the league with making progress in player safety.

“They’re taking tremendous strides to get better, so by the time that comes along I’m sure I’ll let him play, but hopefully it’ll be a lot safer than it is now,” Rice said.

Dozens of former football players were found to have CTE, including Junior Seau, a hard-hitting linebacker who played 20 seasons in the NFL before ending his life at age 43 by shooting himself in the chest.

While CTE can only be diagnosed by examining the brain after someone has died, brain scans can help give insight to living patients.