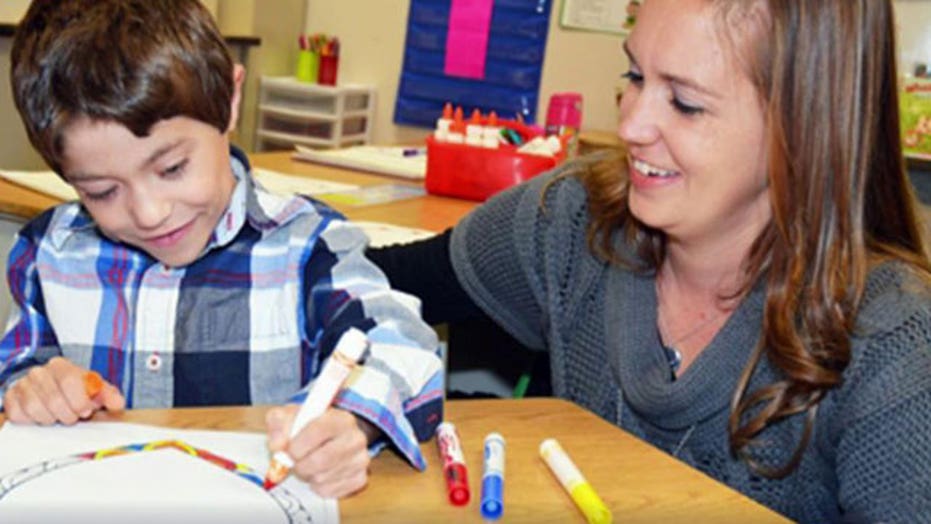 Matthew Parker only makes it to Lindsey Painter's first-grade class two days a week, but the 6-year-old's attendance record is about to get a lot better: The teacher is giving him one of her kidneys and he will soon be able to go school full-time instead of going for dialysis three days a week, as well as do things like run and swim.

Matthew's kidneys started failing when he was just a few weeks old and after a transplant from a deceased person failed, his parents issued a plea for donors.

They were amazed when his teacher at Hoffmann Lane Elementary School in New Braunfels, Texas, turned out to be among the 1 percent of the population who would be a viable match, reports KSAT.

The surgery is scheduled for next month. "When it came back that I was a match, it was shocking," Painter tells KVUE. "It did take a while to wrap my head around it, to think that I can do this, I can still live a normal life ... and I get to make this amazing difference in Matthew's life." She adds, "For me to be the needle-in-the-haystack match that they were looking for, it is hard to deny that it was meant to be." Parker is one of triplets, and the school's principal says she put the boys in Painter's class because of her caring nature.

The donation "personifies her character as someone willing to perform a selfless deed, expecting nothing in return but to try and make a little boy she cares so much about well again," the principal tells KVUE.

(A recent study found that people who donate kidneys to strangers have bigger brains than most people.)

This article originally appeared on Newser: Teacher's Kidney a Match for Her Student, 6