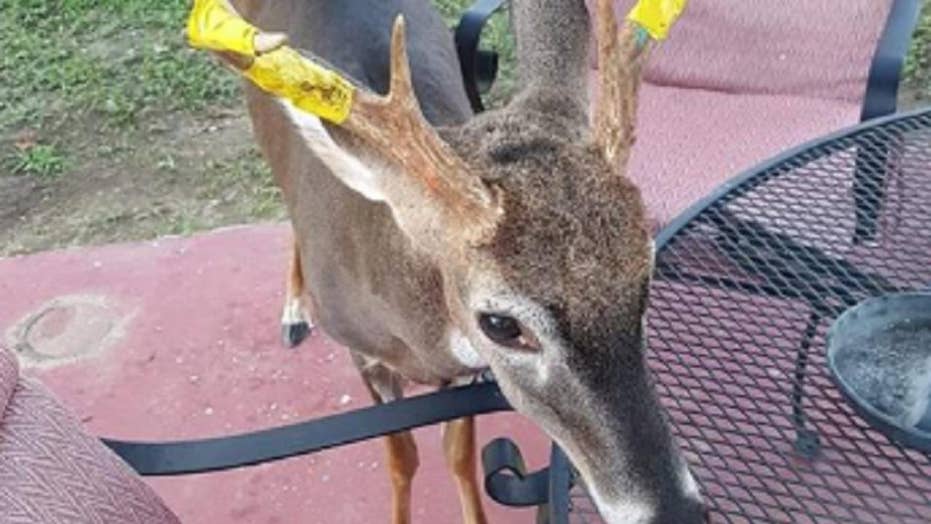 A South Carolina family is asking hunters not to kill its pet deer by wrapping the deer’s antlers in yellow tape.

A South Carolina family who adopted a pet deer is asking local hunters not to kill it, according to a Facebook post.

The family said they allow “George” to roam freely around their Chester County property and beyond. But as the region gets deeper into hunting season, they felt compelled to alert local hunters, The State reported.

“Local Hunters … Please don’t shoot the (7-point deer) with the yellow tape around his antlers,” the post read. “If you see him, its George!” read a post from Kena Lucas Funderburk. “Also, if you happen to see George, shoot us a message and let us know where! Very interested to see how far he travels this season”

The family said they adopted the deer after its mother was hit by a car, The State reported. They said the animal formed bonds with their children and their pet dog as it grew older.  When it was fully grown, the family allowed the deer to roam freely, even well beyond their property. They said the deer would leave for three to six-month stretches but always returned to their house.

Kena said local hunters have responded positively to the family’s message, with most saying, “You’ll get a pass from us.”

She said a hunter spotted the deer on Monday 15 miles from their home, because of the yellow tape on its antlers.