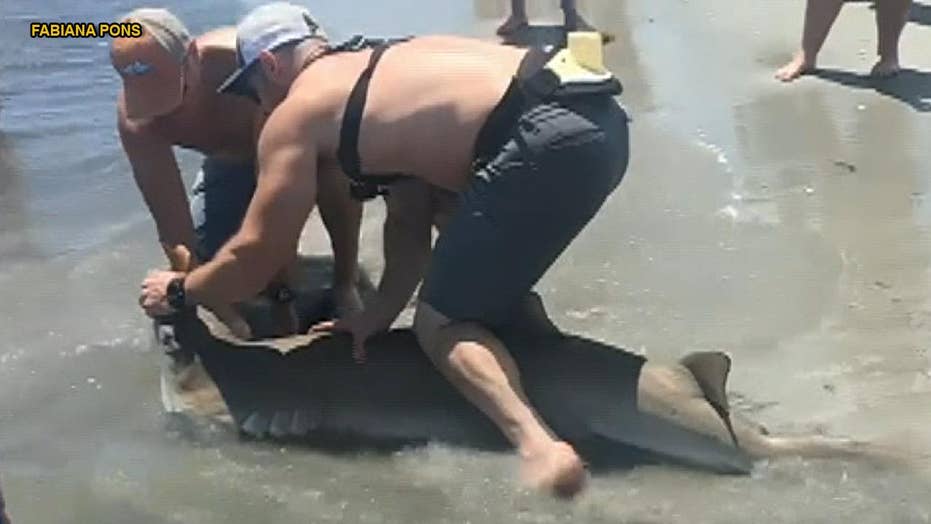 Just northeast of Atlantic City, a crowd witnessed a man capture a shark while fishing. After showing off his catch, the fisherman released the shark back into the ocean.

Researchers have reportedly spotted at least nine great white sharks off the coast of Cape Cod Bay since Massachusetts scientists began tracking them on Monday.

Most of the sharks were seen about two miles off the shore of Wellfleet and measured 8 to 11 feet, according to the Atlantic White Shark Conservancy and the Massachusetts Division of Marine Fisheries.

Some of the sharks were spotted using the Atlantic White Shark Conservancy app, Sharktivity, which tracks sharks movements in the area, MassLive reported.

A great white shark swimming just below the surface. (iStock)

One of the sharks spotted is called Ashley Grace, a 12-foot shark who was first tagged in 2016.

Last year, a 26-year-old man was killed by a shark while swimming at Wellfleet, WBZ reported.