Lace up your sneakers and leave your financial worries at home, because the National Park Service is waiving admission fees across all parks on April 21.

The move honors the kickoff of National Park Week, being celebrated this year from April 21 to April 29. Entrance fees to perennial hotspots like Grand Canyon, Yellowstone, Yosemite and Zion will waive visitors' typical vehicle charges of $35.

The National Park Service (NPS) will host other special events through National Park Week — which is themed “Park Stars” this year — including National Junior Ranger Day and history walks across various parks, along with stargazing in stunning spaces including Joshua Tree. Park staffers will also be celebrated through the week for their service.

Fittingly, the day following kickoff, April 22, is Earth Day, and the party will continue with additional programming at Yosemite and the Grand Canyon.

If your big weekend plans simply can’t be rescheduled, fear not; the NPS is offering two more free admission days in 2018. Admisison costs will also be waived on September 22 and November 11 in honor of National Public Lands Day and Veterans Day, respectively.

Budget-conscious travelers will want to take note of the free days, since the NPS will be increasing fees across 117 of the system's most popular parks as of June 1, 2018.

In October 2017, the National Park Service announced it was considering hiking fees to address the maintenance backlog and opened up a month-long period for public comment. After receiving more than 109,000 comments from people opposing the plan, they nixed a plan to raise entrance fees to $70 after fierce public outcry and rolled out the new, less expensive strategy to keep the parks more financially accessible. 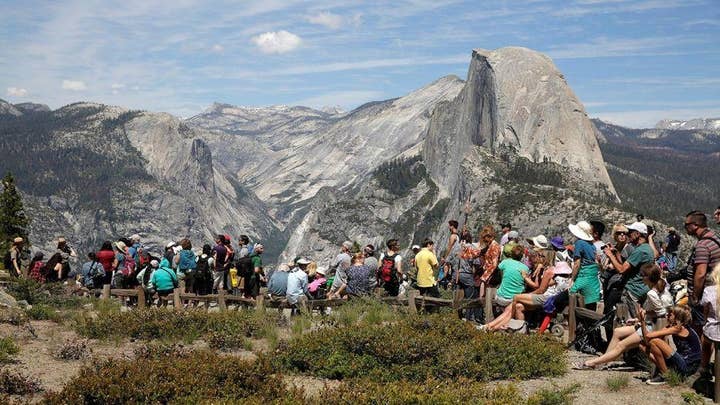 Video
Janine Puhak is an editor for Fox News Lifestyle.