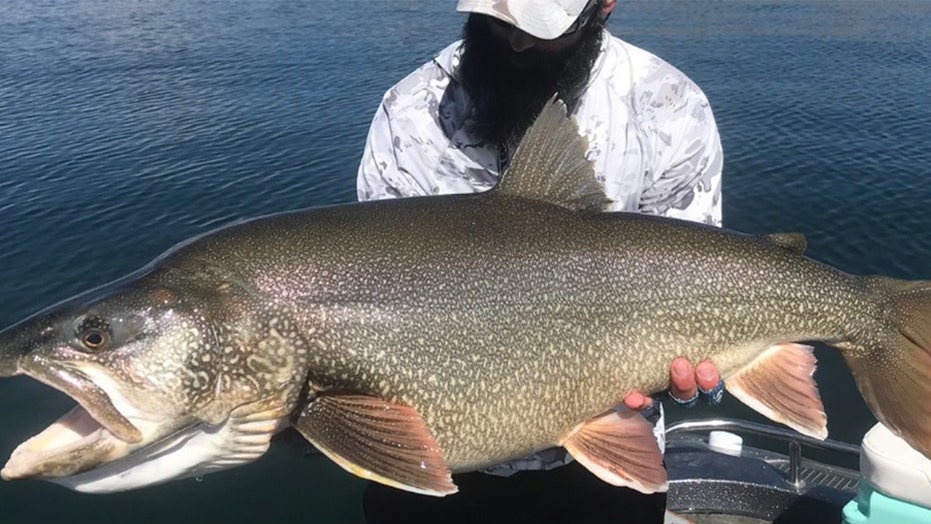 A fisherman reeled in an eye-poppingly huge catch from the Flaming Gorge Reservoir in Utah last month; a record-breaking trout.

Matt Smiley of Fairplay, Colo., caught and released a 48-inch lake trout on May 4, according to the Utah Division of Wildlife Resources (DWR).

Smiley's fish blew the others out of the water, setting a state record, the DWR confirmed on Wednesday. The organization did not weigh the catch and releases fish to avoid having to keep it out of water for a prolonged period of time.

This is the fourth time a record-breaking fish was caught in the same waters.

Ray Johnson held the state record for the largest catch-and-release fish when he reeled in a 26-5/8-inch salmon in 2004.