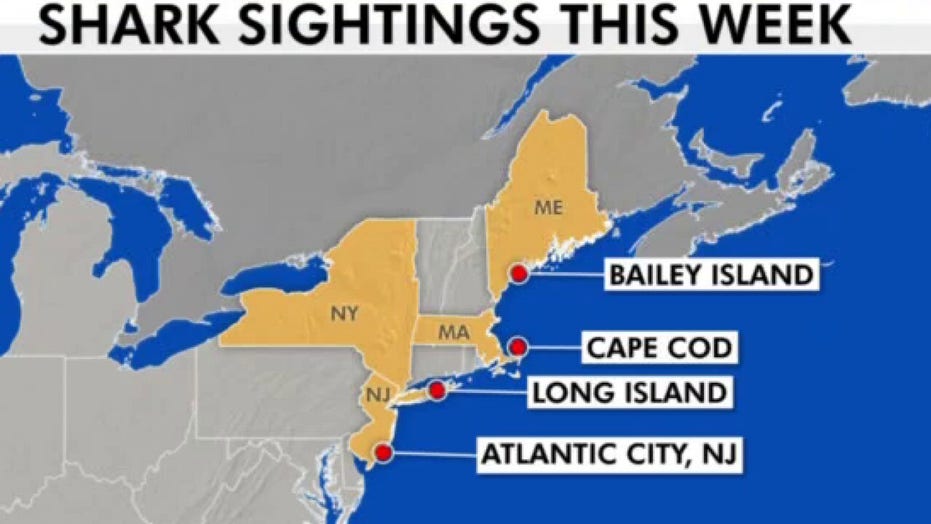 Ocearch expedition leader Chris Fischer on what beach-goers should know.

A 21-year-old college student captured a massive, near 400-pound shark off the coast of Long Island Beach earlier this month.

Manhasset, New York, resident TJ Minutillo cast out a net of sea robin to attract the close to 8-foot long bull shark at Nickerson Beach, he told The Post Wednesday.

He said he quickly released his big catch, which was first reported by the Southwest Dutchess Daily Voice.

Big-game fishing is a “big-time hobby” for Minutillo, a student at Clemson University in South Carolina.

He said he began fishing at the age of three and estimates he’s caught some 300 sandbar sharks, which are smaller and mostly harmless.

News that a great white shark was tracked off Atlantic City, NJ, on Tuesday — while three more sharks were seen in the waters along Jones, Long and Atlantic beaches on Long Island — was “really cool” to hear for the avid fisher.

“I’ve always been fascinated by the ocean in general so I think it’s really cool to see them around,” he told The Post about the great white.

But “it can raise a bit of concern when you end up with a situation like the woman in Maine,” he added, referring to the attack that killed a New York City woman.