FILE: A Florida man used a coffee cup to fight off an aggressive coyote.

A Florida man who was out for a walk with his dog was confronted last week by an aggressive coyote who attacked him and his pooch and forced him to use his coffee cup to fight back against the animal.

Ben Pool said the coyote approached him while he was taking a walk Friday in Lake County, Fla., Orlando's WESH-TV reported. The coyote confronted his dog and they were "fixing to go at it." He said the animal was unlike any he ever encountered. When he made noise, for example, the coyote got more aggressive. 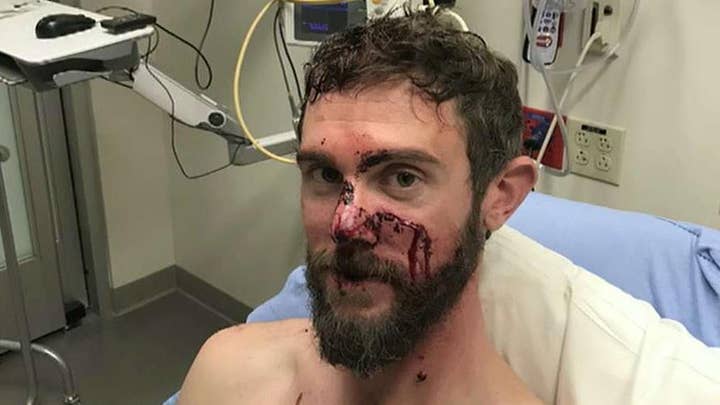 Pool said he got a gun and tried to take off in his truck. The animal continued to try and jump into his truck.

"I rolled the window down, went three or four times at it, and finally, I ran over it. No regret, none," he told the station. “I’d do it again in a heartbeat.”

He does not face any legal issues, the report said.

"If I would have been bitten, everyone would have been here in a heartbeat doing something. But since I wasn't bitten, nobody was going to come and do anything," Pool said.