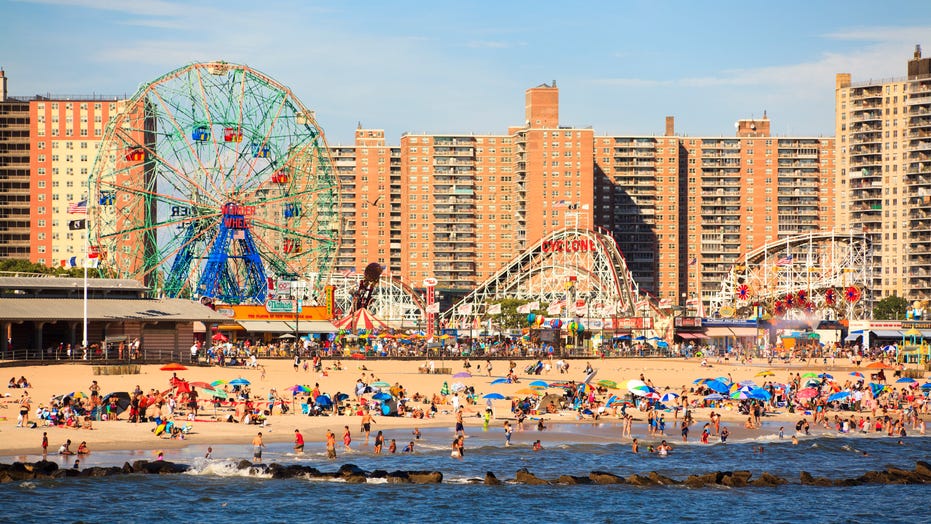 This is a great video for people who were looking for a reason to never go in the ocean ever again.

Several people were fishing near Coney Island in New York City when they made the one-of-a-kind catch, footage shows. Based on the audio, it’s clear that these people had no idea what they caught.

Nataliia Vorobok posted the footage on Tik Tok under the name Natlie1526n. According to the post, the odd-looking creature was caught while fishing in the Atlantic Ocean near Coney Island.

The video shows the bizarre fish writhing around on the dock with what appears to be a fishing line still sticking out of its mouth. The post was viewed more than 15 million times and received thousands of comments from users, many of whom were just as stunned as the original poster.

One user described what they thought they were looking at, writing, “I thought a snake was in the process of devouring a squirrel but the lure looking thing confuses me.”

Another user wrote, “I think a fish ate a rabbit or something and it’s still alive,” while another user compared it to the Demogorgon, the monster from the TV show “Stranger Things.”

Fortunately, others seemed to recognize the animal. One user replied, “Pretty positive that’s a type of stingray but its wings or flaps or whatever they’re called are tucked underneath.”

Other users identified it as a clearnose skate, a type of cartilaginous fish.