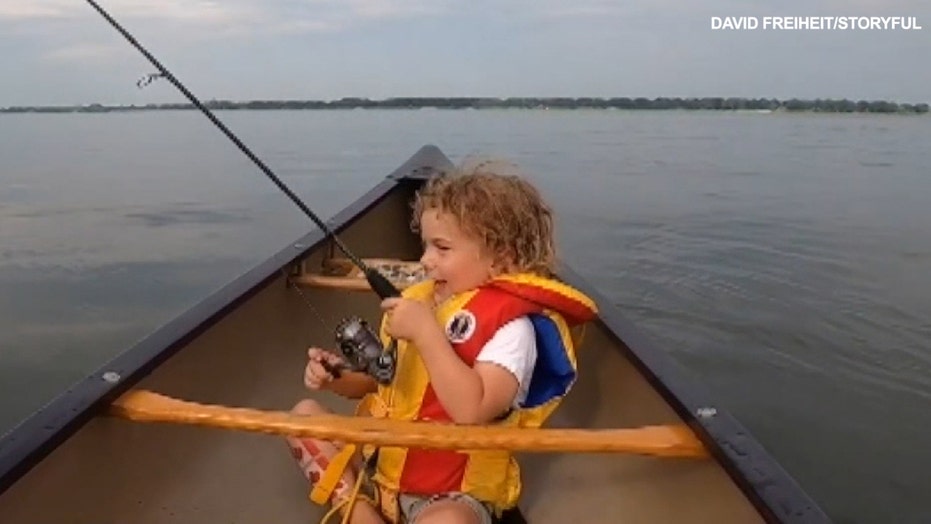 A young boy and his father were fishing on Lake Champlain in Quebec when the tiny kid managed to reel in his first fish.

A fisherman has reportedly reeled in a record after hooking what’s said to be the largest-ever wild brown trout caught in a river in Northern Ireland.

The outlet described the “monstrous specimen” of a catch as “an unbelievably rare size and weight for a fish of its kind in its natural habitat."

After posing for a must-have photo, Mcguigan returned the fish to the water.

"We fish all night and cast our rods thousands of times, but often we won't even get a touch,” the angler explained. "These type of fish are extremely tricky to catch as they are very easily spooked.

"I couldn't believe it when I pulled it out, the weight on my fishing rod was almost too much to bear,” Mcguigan continued. "To catch such a massive a fish of this species is unbelievably rare in this type of habitat, and there hasn't been a bigger fresh water brownie caught in over 30 years.”

The proud outdoorsman, who has been fishing for 15 years, caught the creature at 2 a.m. on July 12.