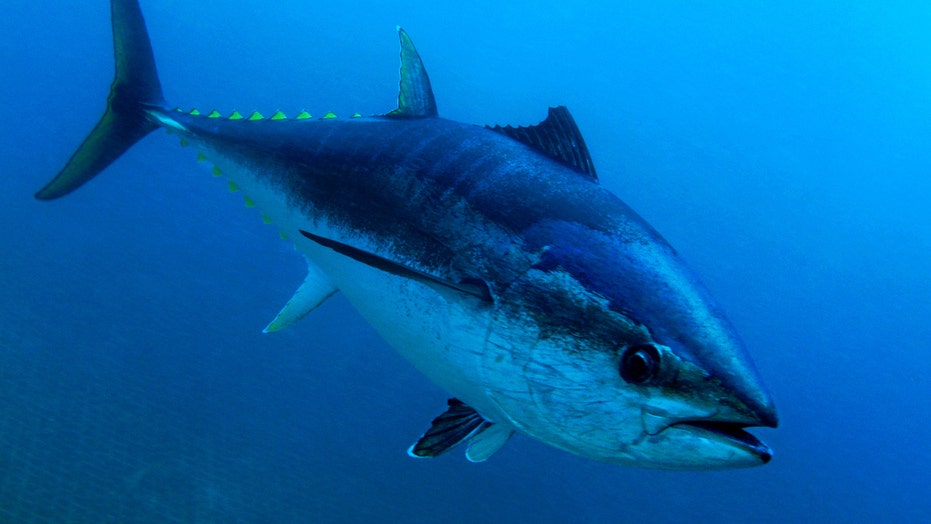 A fisherman in Virginia has very likely broken the record for the largest bluefin tuna ever caught in the state, according to authorities.

Jake Hiles, the captain of Matador Fishing Charters out of Virginia Beach, is awaiting final certification after reeling in a 708-pound bluefin tuna off the coast of Virginia Beach early on Sunday morning, Lewis Gillingham, the director of the Virginia Saltwater Fishing Tournament, told Fox News.

Once certified, Hiles will officially hold the new record for the largest bluefin caught by a recreational fisherman — a catch that shattered the previous record of 606 pounds.

Earlier this week, Hiles explained on Facebook that he ventured out on Saturday morning with his friend Jeff, intending to continue his pursuit of hooking a huge tuna before the winter was over.

“There have been some really big fish around and I saw an opportunity to re-set the Virginia State record for bluefin tuna,” Hiles explained in a Facebook post a few days after the catch.

The two ended up sailing about 80 miles southeast of Rudee Inlet, where Matador is based, to a section of the waters known as the “tuna hole.”

They caught several other fish, too — including a hammerhead shark and a porpoise (which got caught in the line, but was released safely) — but nothing record-breaking, Hiles said. He eventually took a break to take a nap, and later awoke to Jeff screaming in his ear.

“I rushed to put my boots on and when I walked into the cockpit, I found Jeff cranking in one rod, and the other rod bowed over, losing line incredibly fast.”

As Hiles explained, Jeff had hooked a mako shark, which was threatening to interfere with a large tuna that just so happened to be running off with Hiles’ line at the same time.

“There was so much drag on the fish that it took all the strength I had just to get the rod out of the rod holder so I could get strapped to the rod and settled into the chair for the fight,” Hiles wrote, explaining that Jeff was able to reel the shark aside the boat, cutting it free when it was clear of the tuna.

Fifty-three minutes later, and the fishermen had the tuna close enough to the boat to sink a gaff in it. Two hours after that, they managed to haul it back into the boat, and began heading back to shore.

“When I got into the slip at the marina, there was a large crowd waiting to see the fish,” said Hiles, who watched as an official weight was taken.

“As the scale settled at 708 [pounds], the crowd cheered and people were coming up and shaking my hand, congratulating me, taking pictures, and celebrating the new state record,” he wrote.

Hiles filled out a few forms and waited for Gillingham, who runs the Virginia Saltwater Fishing Tournament for the Virginia Marine Resources Commission to verify his record — which, once all is said and done, will have shattered the previous 606-pound record set by his late friend Chase Robinson.

“I was a part of the crew that caught that fish and I always thought since Chase's passing that it would be fitting if one of Chase's friends broke his record,” he said.

Hiles later explained that he couldn’t legally sell his catch, either — so he put out a call and invited anyone and everyone out for some fresh, free sushi.

“With this fish being recreationally caught, I cannot sell it,” he explained on Facebook. “I do not have a use for 700 pounds of fresh sushi-grade bluefin tuna. I will be cutting the fish within the hour. If you’d like a piece bring a small cooler and grab a reasonable sized piece that you will use in the next couple days.”

In the end, Hiles said the turn-out was so great that “not an ounce of fish was wasted.” And when it was all said and done, he went home and slept “like a zombie.” He also says he woke up sore from the fight, but was incredibly thankful for the whole experience.

“Thanks to everyone who congratulated me,” he wrote. “Enjoy your sushi. I just feel so blessed and lucky.”