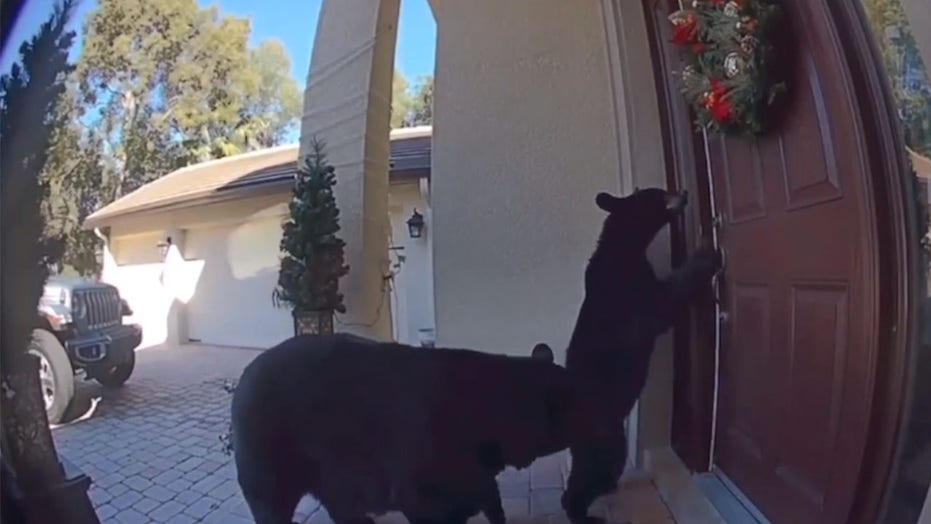 Santa isn’t the only visitor this family got on Christmas.

A family in Florida got some unexpected guests on Christmas day. After hearing their doorbell go off, the family checked the camera and discovered two bears on the other side of the front door.

Marlene Stark spoke with Fox News about her Ring doorbell camera revealed two bears on the other side of her front door on Christmas day. (Marlene Stark)

Marlene Stark spoke with Fox News, confirming that two bears appeared at the house’s entrance in Sanford, Florida. While this isn’t the first time bears have been spotted in the area, one of the bears did do something that Stark says she’s never seen before.

It tried to open the front door.

Fortunately, the front door was locked. Stark says that if the bears had gotten in the house, she and her family would have run out and called for help. Thankfully, Christmas didn’t end with the family fleeing a bear invasion.

"We just heard the Ring front door go off and went to check and saw the bears," Stark said. "Our neighborhood is down the road from Black Bear Wilderness Preserve, so bears are common, and we have seen them in the neighborhood."

She continued, "The startling part was this was the first time I ever saw one try to open the front door.  The front door was locked though, thank goodness."

According to Stark, bears have been spotted in the neighborhood before, but she's never seen them try to open the door before. (Marlene Stark)

This is just the latest example of bears interacting with doorbell cameras.

Fox News previously reported that a homeowner in Colorado captured footage of a bear walking right up to his front door in the middle of the night. The bear got so close to the door that its breath briefly fogged up the doorbell camera.

Fortunately, the door was locked and the bears did not enter the home. (Marlene Stark)

Todd Mitchem spoke with Fox News about the video, saying that he recognized the bear. He says that there are two or three bears near his home in Evergreen (that he knows of), and this particular one comes by about once a week.