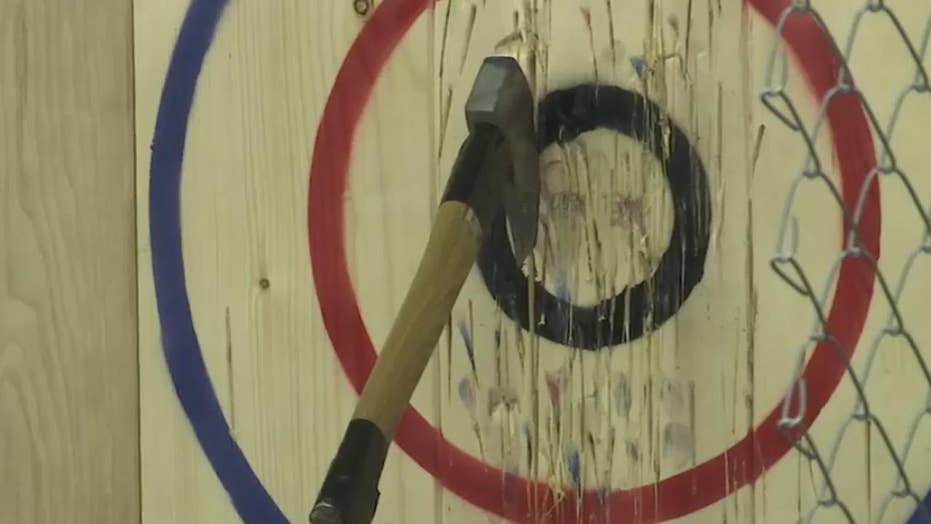 Competitive ax-throwing is becoming increasingly popular in the United States, and Corey Deasy — owner of Lumberjaxes Axe Throwing Pittsburgh — is one of many taking full advantage of this trend: He’s opening up what he says is the largest ax-throwing facility in the country.

For those who have never tried it, Deasy offers a short pitch: "It’s like darts, but with axes."

With more than 7,000 square feet of warehouse-style space, Luberjaxes in Millvale, Penn., has surpassed any other indoor facility of its kind in this country, Deasy said.

If safety is a concern, Deasy says his wife competed in an ax-throwing tournament while she was eight months pregnant. “She nearly won," he added.

And this ax-throwing venue is not the only one of its kind. “They’re pretty much opening one or two a day across the country,” Deasy told Fox News.

Competitive ax-throwing facilities first opened up in Canada a decade ago, according to Lumberjaxes. Many facilities are designed for first-timers and experienced ax-throwers alike, providing a training course at the beginning of the visit for those who need it.

For those who are looking to get more competitive, the National Axe Throwing Federation, established last year, provides rules for competitions.