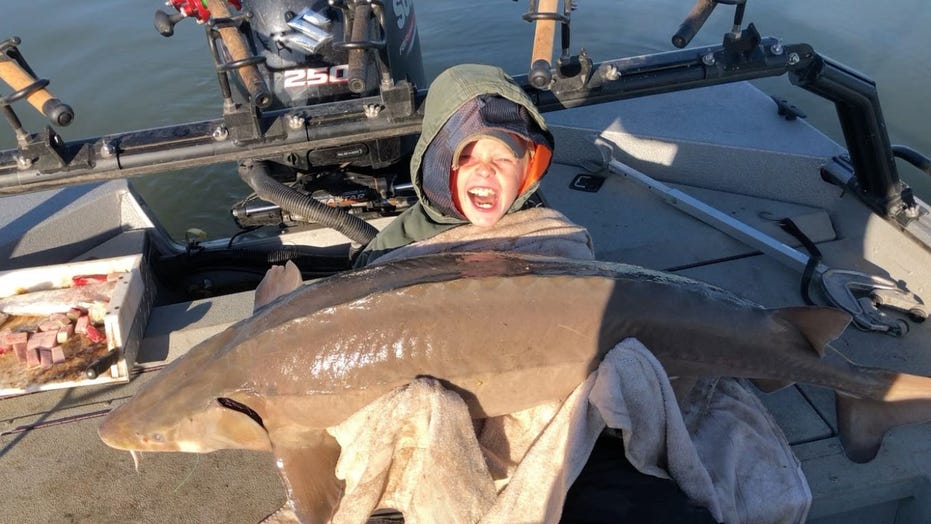 This kid knows how to show off to his family.

A 9-year-old boy in Tennessee reeled in an 80-pound sturgeon at Spencer Creek, on Old Hickory Lake, while on a fishing trip with his family. He was reportedly attempting to catch a bigger fish than his sisters, and it looks like he did just that.

The Tennessee Wildlife Resources Agency published photos of Coye Price with his catch on their Facebook account. In one of the photos, it looks like the fish might actually be larger than the 9-year-old himself.

“(Price) was on a quest to catch a bigger fish than what his sisters have reeled in when he hooked this monster in the area around Spencer Creek in 25 feet of water," the post reads. "The sturgeon weighed in at 79.8 pounds, dwarfing the 39.8[-pound] striper, caught by his sister Caitlin, and the 58[-pound] blue catfish, caught by sister Farrah.”

The lake sturgeon is one of three native sturgeon species found in Tennessee, according to the Tennessee Wildlife Resources Agency. Due to overfishing, habitat loss and damming of rivers, the population of lake sturgeons sha dramatically declined. The bottom feeder is listed as endangered in Tennessee.

Price released the fish after catching it, but not before posing for some photos.

“Potentially one of the largest and longest-living fish in Tennessee, the lake sturgeon is reported to grow to eight feet in length, weigh up to 300 pounds, and live 150 years," concludes the Tennessee Wildlife Resources Agency's post. "Efforts have been underway to restore reproducing populations of this primitive species to Tennessee waters. Since 2000, over 220,000 lake sturgeon have been stocked into the Cumberland River and the upper portion of the Tennessee River.”