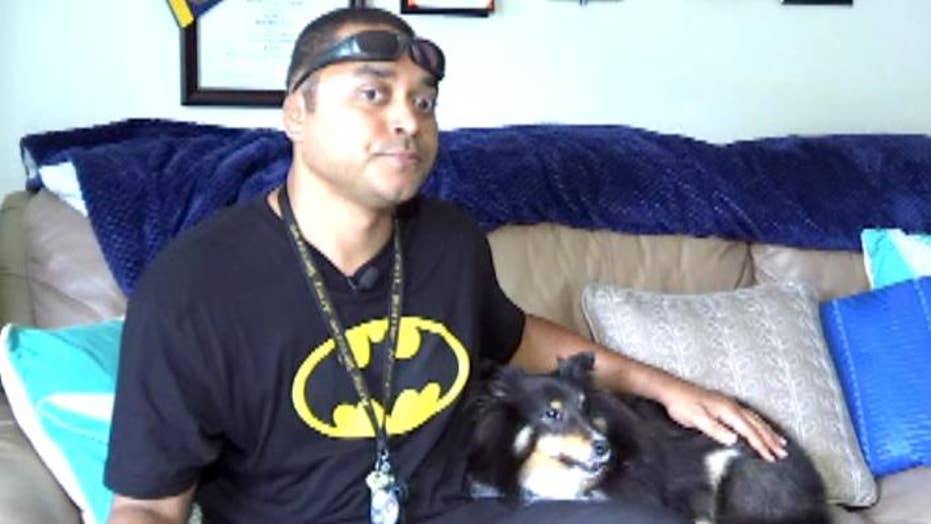 A vision-impaired veteran claims he was wronged by a California restaurant after they refused to let his dog join him for dinner.

Readen Clavier, an Iraq War veteran who suffered head injuries when his vehicle was hit by an IUD in Balad, told KTVU that he was denied a meal at Inchin’s Bamboo in San Mateo because the employees didn’t want his comfort dog, Cole, sitting under the table.

According to Clavier, the restaurant offered to seat him outside in a covered patio instead, but he simply opted to dine elsewhere.

KTVU reached out to the manager of the restaurant, who confirmed that Clavier and his dog were indeed offered a seat outside. He also says that he personally spoke with Clavier at the time of the incident, but suggested that Clavier didn’t actually need the dog for service reasons.

“He was speaking to me and to another lady,” said the Inchin’s manager. “And nobody was blind and everything [was recorded] on the camera."

However,  whether Clavier needed the dog or not, California state law concerning the Americans with Disabilities Act requires that restaurants admit patrons with service animals.

Cole, however, is not technically a service dog, but a comfort dog. And according to Steve Wagstaffe, the San Mateo County district attorney, comfort dogs are not subject to the same laws.

“[The ADA law] doesn’t apply to every single help dog,” Wagstaffe told KTVU. “There are many counties that have comfort dogs to assist with victims and all that — it would not apply to that.”

In any case, Clavier still feels slighted by the incident.

"Here I am, over there, fighting for these people, and they’re making me feel like I’m not worth it,” he said.