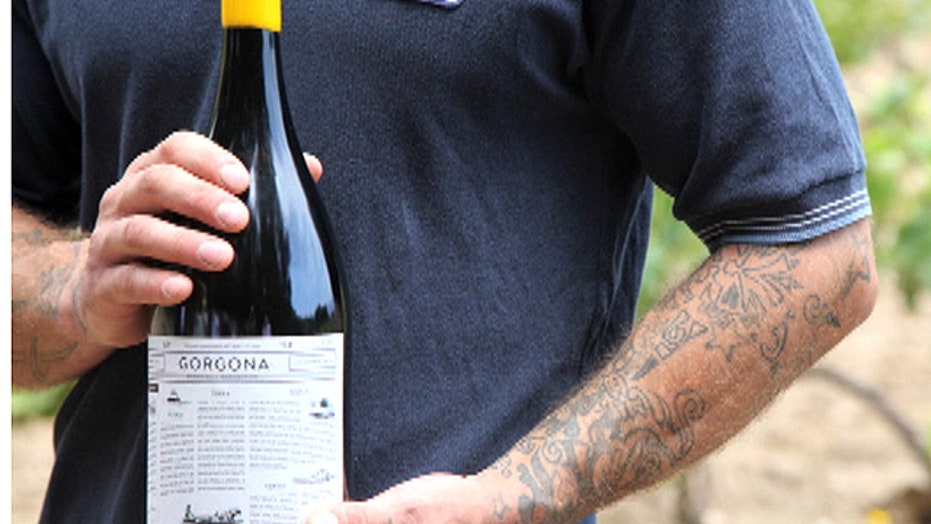 Wine made by prisoners

Lamberto Frescobaldi talks about his project on a small island off Tuscany where prisoners make wine, as well as featuring award winning artwork on his wine labels

Tons of people are making wine these days. But prisoners? Yep.

The Frescobaldi family, who has been making wine in Italy for over 700 years, has a huge philanthropic side that many don’t know about.

Lamberto Frescobaldi, the new president of the Marchesi de’ Frescobaldi empire has spearheaded one of the most amazing projects I’ve ever heard.

In June of 2013, the family released their first vintage of Gorgona, a wine made with the help of prisoners on the Tuscan island of Gorgona.

The “Frescobaldi per Gorgona” project provides “the inmates the opportunity to learn winemaking techniques and job skills under the supervision of the company’s agronomists and winemakers,” says Lamberto, a 30th generation Frescobaldi.

“The rate of repeat offenders is 80 percent for prisoners who do not find work,” he says. Frescobaldi has also committed to hire some of the workers once they've paid their debt to society.

It’s amazing how the family even got involved. The prison had a small vineyard and wanted to do something with it so it started calling some of the big wine families in Italy. And Frescobaldi says “he answered the phone,” and that’s how their participation began.

Fifty inmates worked on the white wine, made from Vermentino and Ansonica grapes that are planted on the island of Gorgona in the Tyrrhenian Sea, which is close to the Tuscan coast.

They only made 2,700 bottles, but 1,000 of the bottles will soon reach the US market through Frescobaldi importer Folio Fine Wine Partners. So be sure to look for it.

Wine makes so many people happy.  Now, thanks to Frescobaldi, it is offering some, a future.