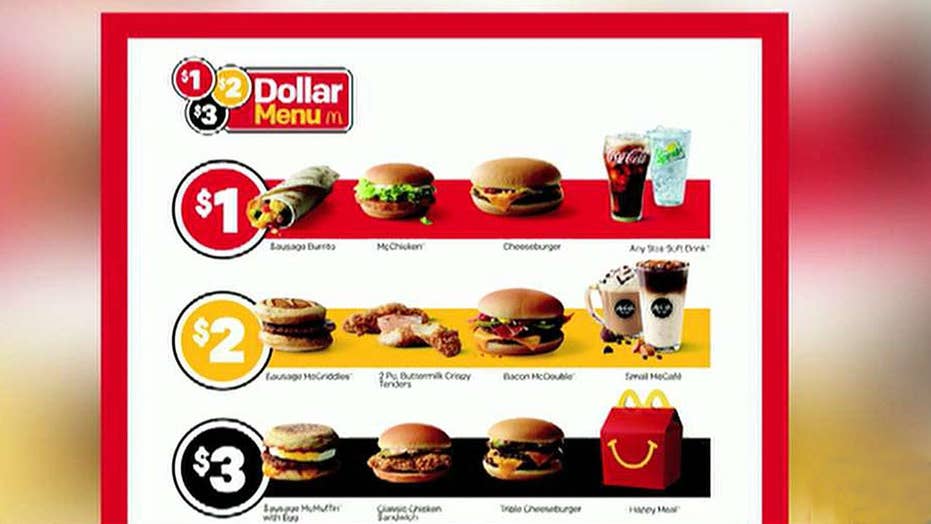 When you go to a fast food burger chain, the one side dish you can absolutely count on are fries. But for all the chopped and fried taters in the restaurant, one side is conspicuously missing from all but one: baked potatoes.

Wendy’s baked potatoes might be even more famous than the chain’s fries. Customers load tubers up with chili, broccoli and cheese, sour cream and chives, and more. The “side” can get hefty enough to count as a meal of its own—each potato is about 11.5 ounces before adding toppings, according to Thrillist. Wendy’s sells a whopping 1 million baked potatoes every week, making it a pretty major revenue-builder for the company. So why haven’t more chains gotten on board?

First of all, let’s go back to why Wendy’s started selling spuds in the first place. In the ’80s and ’90s, low-fat diets were all the rage. but there was definite appeal to replacing oil-drenched fries with a fat-free potato. Low-carb diets rose and fell, but the modest baked potato kept standing.

CHECK OUT THESE FAST-FOOD “FACTS” THAT ARE ACTUALLY FALSE

We now know why “fat is bad”, but the baked potatoes are still a virtuous choice when you’re surrounded by fattier, saltier options. A regular baked potato has 270 calories, seven grams each of protein and fiber, and no fat to speak of. Ordering one with broccoli and cheese can add some green to your plate, too. Even loading a potato with cheese and bacon bits won’t put the 480-calorie side far off from the 420 calories in a medium order of fries, which only have five grams of fiber and six grams of protein.

As health-conscious customers have made the push to fast food chains to serve more nutritious choices—most have side salads and apple slices—you’d think a plain baked potato would be a simple no-brainer. But for chains emphasizing the “fast” in “fast food,” it’s not that simple.

“If you’ve ever cooked baked potatoes at home, you know it takes a while,” Lori Estrada, Wendy’s vice president of culinary innovation, tells Thrilist. “And we cook them from a raw state, in an oven, wrapped in foil, baked for an hour, just like you would at home.”

Naturally, the cooking itself would take a lot of planning. But there’s also the matter of equipment. Fast food restaurants don’t typically have convection ovens, like the ones Wendy’s uses for its famous potatoes. Adding one in every location would be a major expense, and most chains just aren’t willing to make the move—especially if Wendy’s already has its grip on the fast-food potato market.

A few chains have tried to make the jump. Carl Jr. used to sell baked potatoes, and as did Burger King during its early-’90s attempt to create a classier environment with table-service Dinner Baskets. Canadian Arby’s and select U.S. locations have them on the menu, as does the Mid-Atlantic chain, Roy Rogers. Unless anyone else decides to make push for potatoes, though, you’ll have to head to Wendy’s for your fast food non-fry fix if you’re in another part of the country.

This story was originally published in Reader’s Digest.