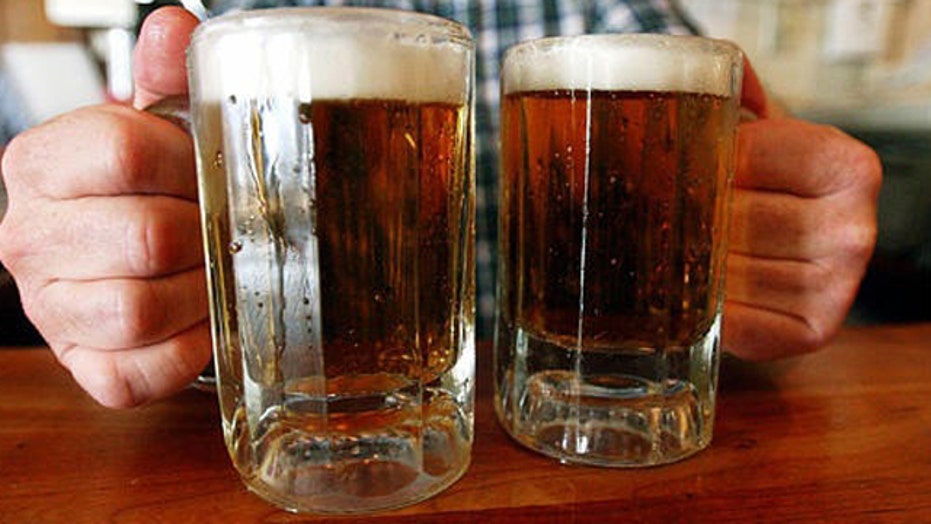 What would Jesus drink?

Father Bill Miller on spirits, spirituality and his book 'The Beer Drinker's Guide to God'

Jesus' first miracle was turning water into wine, but Father Bill Miller --a writer, bar owner and Episcopal priest -- argues it could have gone another way.

"If Jesus had lived in Texas, for example, where I'm from, or Hawaii where I live now, rather than Palestine, I'm pretty sure he would've turned that water into beer," Miller told FoxNews.com.

When Miller isn't at the pulpit or in Hawaii, he's at his bar called Padre's in the funky West Texas town of Marfa, where he got his material for his latest book called, "The Beer Drinker's Guide to God" -- a look at how beer and alcohol can reveal the true nature of God.

When asked whether Jesus might prefer fine wine or a craft beer today, Miller replied "all of the above."

"Obviously if he turned the water into a good wine he had no problem with quality, but he was also very much aware and appreciative of his particular context," Miller said. "I think Jesus would probably drink the local beverage of choice. If Jesus was in Texas, he’d probably drink Lone Star. If he was in Hawaii, he might drink Primo. If he was in Scotland, I wouldn’t be at all surprised if Jesus drank scotch. In Ireland, Guinness or Smithwick’s."

Miller said Jesus drank in moderation, despite criticism from the religious leaders of his time. He said the same philosophy of moderation rings true today.

Miller has seen firsthand how beer can bring people together. He said there is a new movement called "Theology on Tap," where ministers are taking the church to the pubs. "I would say that a lot of my best pastoral ministry has occurred in the bar because some people will not set foot in a church, but they might strike up a conversation with me in the bar."