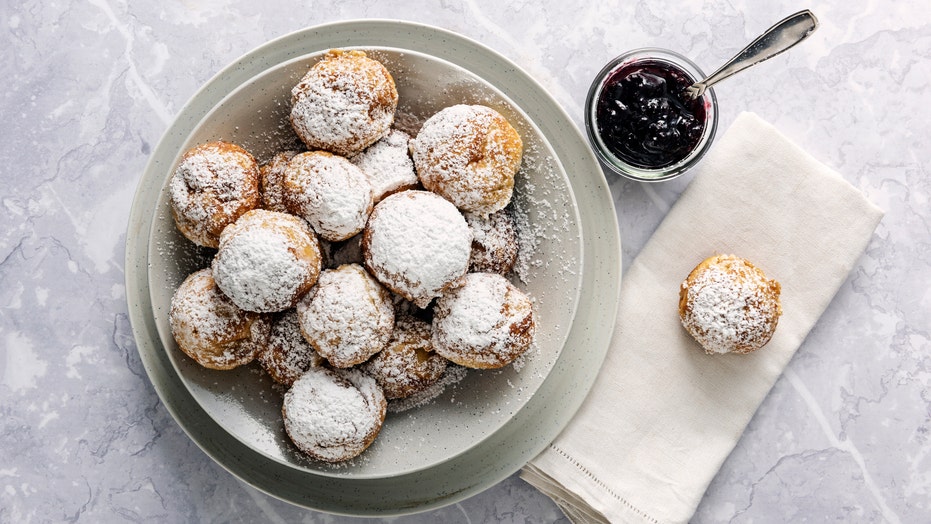 A man in Italy has been spotted wearing what has been described as a social-distancing 'doughnut' in order to ensure he stays a safe distance from others during the country’s outbreak of COVID-19.

Sure, you've baked bread during quarantine, but have you made mini doughnuts – for cereal?

Social media users are going nuts for doughnuts in cereal form, recently made famous by two Miami-based food bloggers – though some commenters are skeptical of how the DIY recipe would actually taste.

Food influencers Shay and Steph of SoFloFooodie dazzled their 239,000 Instagram followers last week with recipes for the so-called “donut cereal” – or, tiny homemade pastries served in a bowl of milk and enjoyed with a spoon.

The bloggers went all-out as they showed off two recipes for the miniature doughnuts – one bowl of doughnuts topped with chocolate icing and traditional glaze, and another filled with even tinier doughnuts, covered in sprinkles.

To bring the breakfast treat to life, the bloggers mixed self-rising flour and yogurt together to make a dough, rolling it out until it was one-inch thick. Then, small, circular cutters were used to slice the dough up, with small holes punched in the middle of each shape with a straw. Next, the dough circles were fried for few minutes until golden on each side, removed from heat and decorated delightfully. Finally, the mini doughnuts were placed into bowls with milk for the cereal-like craze.

While some Instagrammers declared that the doughnuts cereal looked delectable, critics argued that heavy pour of milk would ruin the recipe.

“The donuts look amazing, but you keep breaking my heart by adding the milk,” one said.

“You lost me, when you started pouring milk on them. You’ll have to eat it quick. Or it’ll be soggy,” another pointed out.

“The real question is. Does this taste good?” one mused.

Whether the doughnuts cereal recipe is ultimately a “do” or a “don’t,” the bloggers got the (dough) ball rolling as others have copied the craze with lookalike fare, experimenting with strawberry-inspired doughnuts cereal and even a pancake-style spin.