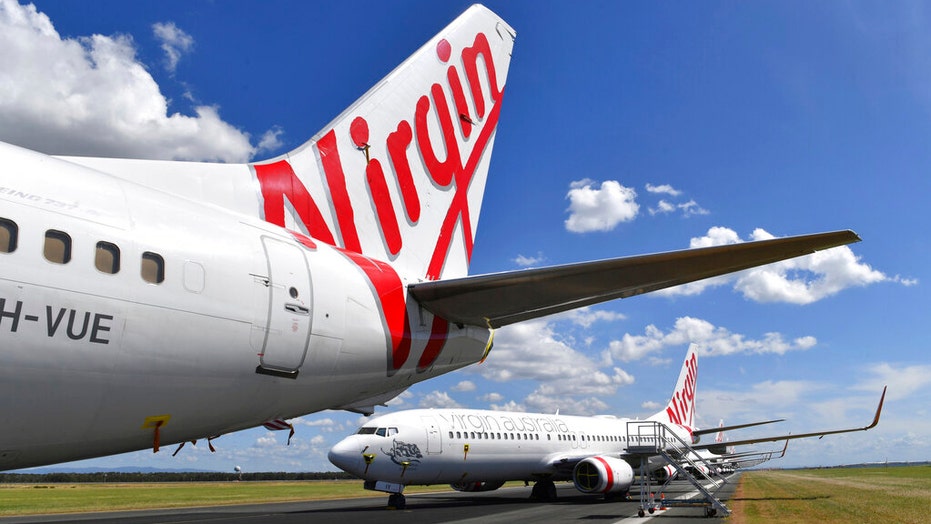 Billionaire businessman Richard Branson, the co-founder of Virgin Australia, has vowed to employees that the airline will be “back up and running soon” after the carrier was forced to seek bankruptcy protection while the coronavirus pandemic wreaks havoc on the travel industry.

On Tuesday, Virgin Australia announced it had entered voluntary administration after becoming unable to pay back $5 billion AUS in debts owed, the Associated Press reported. Virgin also enlisted the insolvency services of Deloitte as its administrators, to “recapitalize the business and help ensure it emerges in a stronger financial position on the other side of the COVID-19 crisis,” Virgin told the Australian Securities Exchange.

“Our intention is to undertake a process to restructure and refinance the business and bring it out of administration as soon as possible,” said Deloitte Australia administrator Vaughan Strawbridge in a statement shared with the exchange.

The decision to undergo voluntary administration comes after the Australian government refused a request from Virgin Australia for a load of $1.4 billion AUS ($888 million), the Associated Press reports. Qantas, Australian’s largest carrier, argued that such a loan would give Virgin Australia an unfair advantage.

Branson, the co-founder of the airline and a 10-percent shareholder, had previously said that if Virgin Australia were to collapse, Qantas would have a “monopoly on the Australian skies.”

In a letter to employees issued on Monday, Branson vowed to get the business “back up and running soon.”

“I know how devastating the news today will be to you all,” he said. “In most countries federal governments have stepped in, in this unprecedented crisis for aviation, to help their airlines. Sadly, that has not happened in Australia.

“This is not the end for Virgin Australia and its unique culture. Never one to give up, I want to assure all of you — and our competitor — that we are determined to see Virgin Australia back up and running soon. We will work with Virgin Australia’s administrators and management team, with investors and with government to make this happen and create a stronger business ready to provide even more value to customers, competition and to the market, stimulus to the economy, and jobs for our wonderful people.”

For the time being, Virgin Australia will continue normal operation of its flights, which have already been drastically reduced due to decreased demand.

“I know how devastating the news today will be to you all,” Branson said in a letter to employees of Virgin Australia.. “In most countries federal governments have stepped in, in this unprecedented crisis for aviation, to help their airlines. Sadly, that has not happened in Australia. (Eugene Gologursky/Getty Images for International Rescue Committee)

In addition to Virgin Australia, Branson previously acknowledged financial hardships faced by Virgin Atlantic, for which the British airline would be seeking a loan from the U.K. government, and putting up some of his own assets, including his private island, as collateral.